A lot of startups compete against huge, successful companies. Here’s why you shouldn’t be afraid.

“But man, I really don’t want to go to battle against Goliath.”

The entrepreneur who inspired this post – one who has already built and sold a successful company – had just finished telling me about his plans for a new B2B SaaS business.

The idea was solid, and it attacked a real pain point in a market where the buyers have spending power.

But, he lamented, he was facing one big problem: Salesforce had already entered the market, and he was hesitant to go up against the well-funded juggernaut.

Many of us have built – or are working to build – businesses in markets with one or more huge entrenched players.

Groove is no different: when we launched, Assistly had already been acquired by Salesforce (and re-launched as Desk.com), and Zendesk was only a couple of years away from their IPO.

I’ve said it before that this didn’t deter me. In fact, it encouraged me.

The frenzy of successful customer support software companies showed that it’s a problem that people desperately want solved. And the lack of a clear winner with across-the-board customer satisfaction showed that nobody had solved it yet.

But being encouraged by the presence of a market, and coming face to face with the reality that your competitor has massive, potentially crushing advantages over you, are two very different things.

It wasn’t long before I began to see the power behind the argument to stay away from Goliath. In the early days of Groove, I played this argument out in my head thousands of times:

5 Reasons To Avoid Competing Against Goliath

1) Goliath has more money than you

“If only we had a million bucks, we could…”

Every startup’s wish list is long, and the biggest thing standing between the business and having those things is simple: cash.

As startups, our game is a race against our bank accounts: can we become profitable before our cash runs out?

Goliath isn’t playing the same game as you.

They have the cash. And as a business that desperately needs cash, that can be a very disheartening reality.

2) Goliath has a bigger team than you

When we had two developers, adding one more would have boosted our output by 50%.

To Goliath, another team member is a drop in the bucket.

As a startup, you need to compete with their team of hundreds or more.

It doesn’t matter if you’re a team of only two or three; your customers don’t care. They expect you to get it done – better than the big guys – with what you’ve got.

3) Goliath is more well-known than you

Anyone who goes up against Goliath has, hundreds of times, heard this response after describing their business:

They own whatever you do in the market’s mind. When they think [industry], they think [Goliath].

Good luck nudging your way in.

4) Goliath has more recruiting power than you

“This all sounds great. What’s the salary?”

And certainly not what they’re offering you over there.

Not in the early days.

In the early days, the best you’ve got is an equity package that’s literally worth zero dollars.

In the early days, those perks are just the weapons that Goliath uses to pick off your best prospects.

5) Goliath is more comfortable than you

Do you hate feeling uncomfortable?

Like if you slow down or let up just a little bit, the whole house will come crashing down?

If you can’t deal with that, then you probably shouldn’t try to build a SaaS company.

And you definitely shouldn’t go up against Goliath.

They’re coasting. They have years of runway, safe recurring revenue, a strong brand and customers for life. They have nothing to worry about today.

You’re wondering if you’ll make it through the week.

For some, that kind of pressure brings out the best.

For others, it’s what brings them crashing down.

Despite The Odds, Here’s Why We Kept Fighting Anyway

To me, these were demoralizing things to think about, to be sure.

But every time I caught myself going down that hole, I forced myself to look at the other side.

The side that made it clear that going up against Goliath wasn’t all that bad.

That as a startup, we weren’t at a disadvantage in every area.

And in fact, some of the very things that should scare us were the very reasons we believe we have a chance to win.

1) Goliath leaves a lot of customers behind

Goliath was once a startup, focused on building the best damn product in the industry.

Then they got traction.

Then they grew big.

Then they built out a sales force, and an executive suite, and other expensive things.

They had to pay for these, and simply bringing in new customers wasn’t going to cut it.

So they focused on growing the product. Adding features, ancillary products and bundles that they could upsell customers on in order to increase their average revenue per user.

The product got bloated, and they stopped focusing on the core product that they launched with. It’s no longer the best.

They can no longer afford to be simple and easy to use.

A lot of customers, especially smaller ones, see that, and don’t like the new direction.

They feel left behind, and they want a better solution, like the one Goliath was before they became Goliath.

As a startup, you can do things that don’t scale. Things that your larger competitors aren’t able – or willing – to do.

You, the founder, can spend time talking to every single customer to ensure that what you’re building is exactly what people want.

You, the founder, can respond to every comment and email, hold your customers’ hands and scrap your way into building deeper relationships than Goliath could ever have with their customers.

And they can see how different that is.

3) Goliath isn’t as nimble as you

Need to make a change to your strategy?

Learn something in your customer development that calls for a new feature, a different message or a shift in direction?

They have tedious processes and a corporate culture that disincentivizes rocking the boat.

By the time you become successful enough that Goliath needs to change their strategy, it’ll be too late for them.

For an established company in the public eye, a screwup is a huge disaster.

An outage? A lawsuit? A security breach?

Because of the scale at which Goliath operates, this is the kind of stuff that makes the news and begins to dominate the conversation about the company. 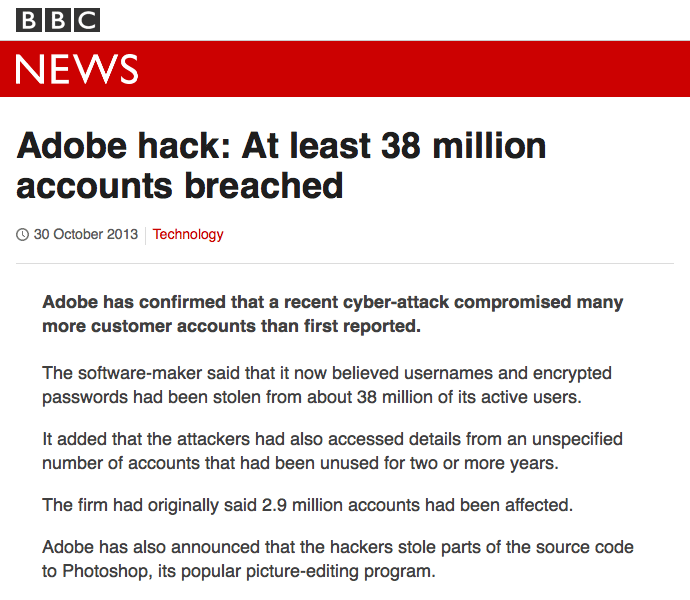 For a long time after a big screwup, when people mention Goliath’s name, someone else will say “oh, yeah, did you see that news about them?”

The PR crisis will cost Goliath a lot of goodwill (on which, for many of the reasons in this post, they’re already spread thin). And because many of their customers are with them only because it’s easier than switching, the screwup will give them a great reason to go.

But for you, the startup?

You’ve spent countless hours building one-on-one relationships with your customers. They know you personally. They trust you. And they recognize that you’re the little guy. They want you to win.

A screwup is bad, for sure. But your customers will forgive you and forget about it a lot faster and more easily than Goliath’s customers.

5) Goliath can’t recruit the hungry ones

But they can’t feed the hunger.

That hunger for being scrappy? For building something from nothing? For fearlessly walking into the same room as Goliath, and knowing that you’re going to kick their ass – and change your life in the process – or die trying?

Goliath can’t satisfy the recruits that hunger for battle. But you’ve got plenty to go around.

I talk to a lot of entrepreneurs who are scared to go up against Goliath.

Because there are a lot of good reasons why they have the upper hand.

But there are also a lot of good reasons why you have the advantage.

I hope that this post encourages you to not be afraid. To feel good about where you stand, and to use it to your advantage, whether you’re already battling Goliath or just thinking about it.

Because you can win.