While we’ve been a remote team for a while, I’ve been plagued by doubts. Here’s why we’re going all in.

I’ve promoted remote work all over this blog, and in dozens of interviews and articles around the internet.

A lot of people see Groove as a loud advocate of remote work… and we are.

But that doesn’t mean we haven’t had our moments.

Moments where advisors tell us that we need an office in order to attract the best talent, or the best investors or partners.

Moments where our productivity slows to a crawl, and it feels like if we just had everyone in the same room, we could work this thing out.

In my post about what I fear most as a founder, I wrote:

Since the start, we’ve been a remote team.

We have folks all over the world working on Groove, and we keep in touch throughout the day using a variety of tools.

But what if that was the wrong choice?

What if an in-house team really is more effective?

What if our culture were stronger?

Would we be growing faster?

I wonder how much—if anything—we’ve given up by not focusing on having a headquarters where everyone works side by side.

And in the pros and cons of remote work, I listed a number of reasons why being a remote team could be far from optimal.

Every now and then, I’d ask members of our team: “just curious, but would you be willing to relocate if we decided to put everyone in one place?”

I considered only looking at new hires in the Providence/Boston area, so that we could at least begin to assemble a “home” team.

(These were both big mistakes.)

Simply put, I’ve had moments of doubt since the beginning. And that’s probably normal, given what I’ve learned in my conversations with other remote founders…even some who are seen as influential public champions of distributed teams.

But lately, I’ve—finally—been able to put that doubt to rest.

“You’re Either Remote Or You’re Not”

Late last year, I shared my concerns with David, one of our advisors.

He told me that this was a similar decision that they had to make at Chargify, one of the companies he co-founded. 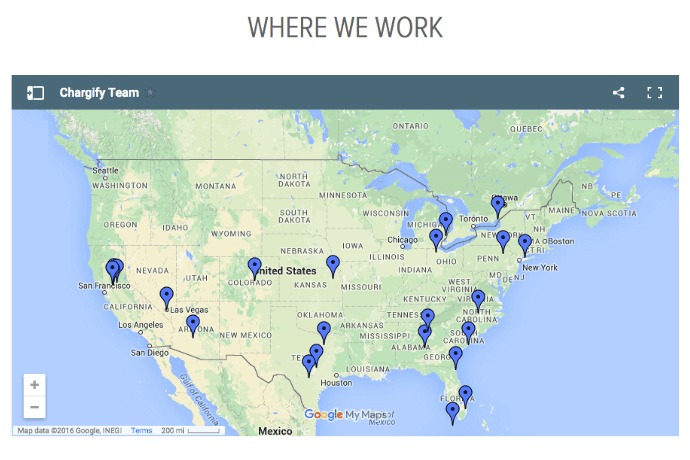 “You have to choose,” he told me. “You’re either remote or you’re not.”

Halfway-in doesn’t work. A “mixed” team—with some remote and some on-site—will always feel like they’re two different classes of worker.

And waffling back and forth between whether or not we should be remote doesn’t help anyone.

It hurts our culture, because our employees don’t know what the future of the team could look like, and because I’m not demonstrating good leadership by flip-flopping.

And it hurts our business and our customers, because it’s a distraction from everything else we should be thinking about and working on.

The issue at this point isn’t whether remote is better or worse. We weren’t going to learn anything new by going through yet another pros/cons exercise.

The issue was that the decision had already been made years ago.

Yes, some decisions can and should be reversed when it’s clear that the initial decision was a failure (or destined to be), but that wasn’t the case here.

There are trade-offs to every decision, and second-guessing decisions after you make them can be disastrous.

I knew this, I’ve internalized it before, I try hard to practice it always, and it’s advice I’ve given to other entrepreneurs.

But I slipped. And as simple as it was, David’s reminder helped me get back on track.

How We’re Committing 100% To Remote

At our coaching retreat last year, one of the things we focused heavily on was core values.

Not some cliché, tired list of attributes (“Integrity”, “Respect”, etc…) that you tack on the wall and wish that your company had.

What actually drives us to be successful? The big question that Simon Sinek asks in his “Start With Why” talk.

In successful companies with long lives, people and products change over time, but core purpose and core values remain the same. They are the foundational pillars that drive every decision that you make.

One of our big goals for the first quarter of this year is to develop our own set of core values, and establish the defining drivers of our business as we grow.

This is going to be tremendously important as we look to expand the team and scale our business; core values give you an instant rubric by which to measure new hires and the overall performance of the company (in part, anyway).

We spent a lot of time at our meeting debating what those values might be, trying to pull our most deeply-held beliefs about our business out and onto paper.

While this is a project that we’re still working on—and likely will be for some time—one thing became clear: being remote is really important to us.

It’s important to our team, who value the many benefits of being able to work on their own terms (and who fortunately are not just good workers, but good remote workers who can be trusted to deliver incredible work from wherever they are).

It’s important to our customers, many of whom are remote themselves and use Groove as a tool to bridge the distance between them and collaborate better on customer support.

This is just one of many emails like it that I’ve received in response to our “why did you sign up?” email:

And it’s important to me. I first decided to start Groove as a remote team because I was fed up with the idea that you needed an office, something we bought into at my last company and that I’m not convinced helped us all that much.

Seeing all of that in front of us was enough to put this issue to be once and for all.

I don’t know exactly what our core values will look like once they’re final.

But I know this: being a committed, 100% remote team will be one of them.

This isn’t necessarily about remote work, or at least it doesn’t have to be.

Something that’s been a distraction for you and your team, and that’s likely holding you back from better productivity?

Get the team together. Talk through it honestly and openly.

And let it go.

You’ll be amazed at how good it feels, and how much it will free your mind and your time to focus on what’s most important.