Many startups are raising money just because it’s readily available in the market. Here’s why most of them shouldn’t.

A couple of weeks ago, I was talking to a friend of mine.

They’ve raised a small round of funding, gotten some early traction, and he’s thinking about the next few years.

He asked me for feedback on their plans, which, at the moment, start with raising another round (a couple of firms are knocking on their door pretty aggressively) and using the money to scale.

I told him to, as David Heinemeier Hansson brilliantly argued, reconsider.

His reasons for wanting the money—because it’s there, because competition could show up and because it will make growth and hiring easier—are not, I told him, enough.

To be sure, there is no single right or wrong answer for everyone. And I’m not in his shoes, so whichever decision he makes, I’m rooting for him and wish him the best.

But this is something I’ve been thinking about a lot lately.

We turned down a big round early on, though we took on a great investor recently for the benefit of getting his guidance.

We can argue back and forth forever about whether or not we’re in a bubble, but the fact is, smart founders with decent ideas are getting funded quickly in startup hotspots, and it’s a lot easier for those of us outside of New York and the Bay Area these days, too.

But I don’t necessarily think that’s a good thing. 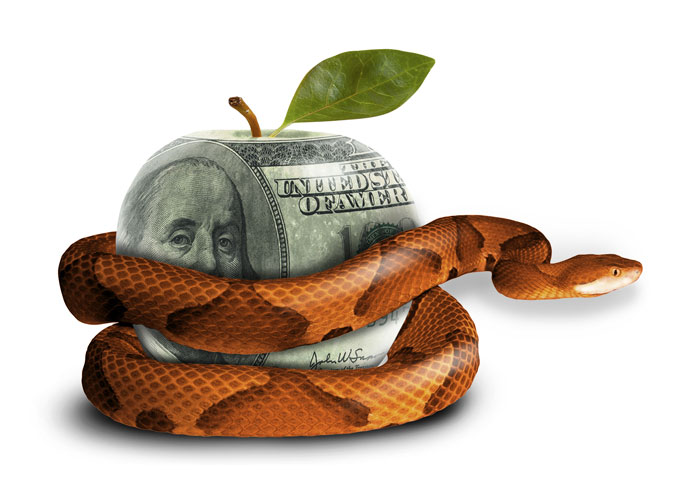 It’s true, many of the people reading this blog probably could get their ideas funded if they did a few things right.

But for most early-stage companies, if you’re not bringing in a healthy profit yet, that funding will be the most expensive cash you ever buy.

My friend’s company has four co-founders, and they’ve already raised a round, so their shares have already been diluted once.

For obvious reasons, profitability and traction have a massive impact on the valuation at which you can raise money.

If you’re not making money yet, you’re a much riskier bet, and VC’s will want a bigger stake in exchange for their support.

But beyond that, cash is addictive.

If you let investor funding become the driver for your business early on, it’s very difficult to wean yourself off of it as you grow.

I’ve seen this cycle happen many times to friends:

As much as founders like to think that this round is “just to get us to profitability”, it rarely ever works out that way.

TechCrunch Is Part of the Problem

Stories like the ones above are where the startup world gets its heroes.

These are the companies we’re told that we should be modeling ourselves after.

These companies win (or at least have a shot to win) by being able to grab as much market share as possible in a massive market.

Of course you need millions of dollars to be able to do that.

But many people who think they need that outcome in order to live the life that they want, quite simply, are wrong.

It’s not money, it’s not talent, and it’s not drive.

What do you want your world to look like in a year?

We spend so much time thinking about right now, or what we need to do today or this week, that many of us rarely step back and think about why we’re doing what we’re doing.

And that’s a big part of why many founders raise money that they don’t even need.

When you actually have a vision, you might realize that you don’t need a unicorn to achieve it.

What kind of life do you want? What does “ideal” look like to you?

Personally, it starts with wanting to love my work, to be challenged by it and to learn and grow every day.

But what about the things that you need money for?

For me, it means having a comfortable four-bedroom house, cars for my wife and me, and a couple of surfboards.

It means having the means to provide for my wife and the child we’ll have soon.

It means living near the water and being able to surf whenever I want. To do the things that I want to do, when I want to do them.

To have my best friends and family close by and in good health. To help my parents financially when they retire, because they’ve spent their lives putting nearly every disposable dime they had into raising us and putting us through private schools and universities.

But what about you?

Let’s say you have different goals.

Let’s say you want a Tesla, and to travel, and to eat out for every meal.

Great! There’s nothing wrong with that vision.

It’s living large, and I can see why it would be appealing.

But you don’t need a unicorn for that.

Here’s what one example of a “baller” lifestyle would actually cost: 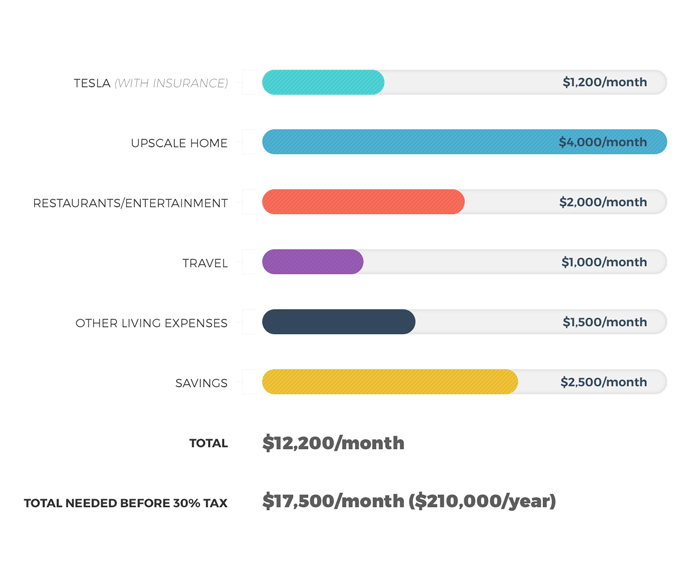 That’s an immensely achievable number for anyone who has what it takes to build a business.

And if you set your vision and chart a course, you can make it happen with a lot more certainty than your shot of building a unicorn.

One thing I’ll never do, contrary to what the section above might indicate, is think of Groove as a “lifestyle business.”

This will never represent us: 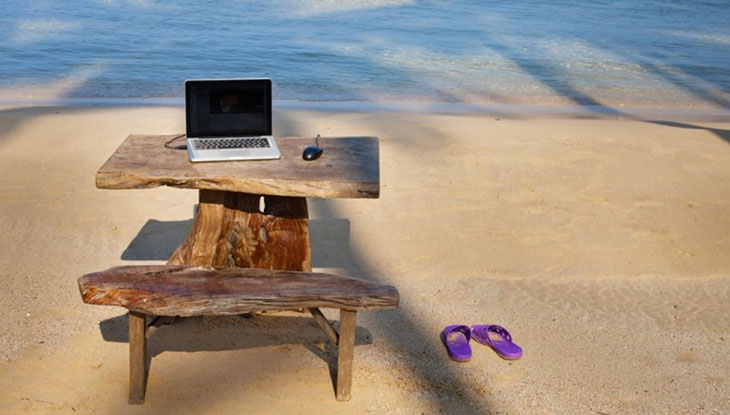 We charge hard. We’re on our way to $10 million in ARR, and we’re focused heavily on growth.

But that’s because after your business begins to grow, it’s no longer just about the founder.

Groove is made up of a team of very talented people, whom I consider friends and who are heavily invested in the success of this company.

We have a team vision.

We want to build the best customer support software on the planet, we want to be excited about what we do every day, we want to get paid good salaries, and we want to have the chance enjoy our lives while we do it.

While it started with my own vision, it’s now bigger than that. And it takes a little bit more money.

We’re all working hard to achieve the life we want. But we’re happy doing it, because we don’t have to deal with any investor pressure to scale or sell out. We could be happy doing this for the next decade or more, because we know that we can achieve what we want by building a healthy, profitable SaaS company.

And that starts with vision.

A Short and Important Exercise 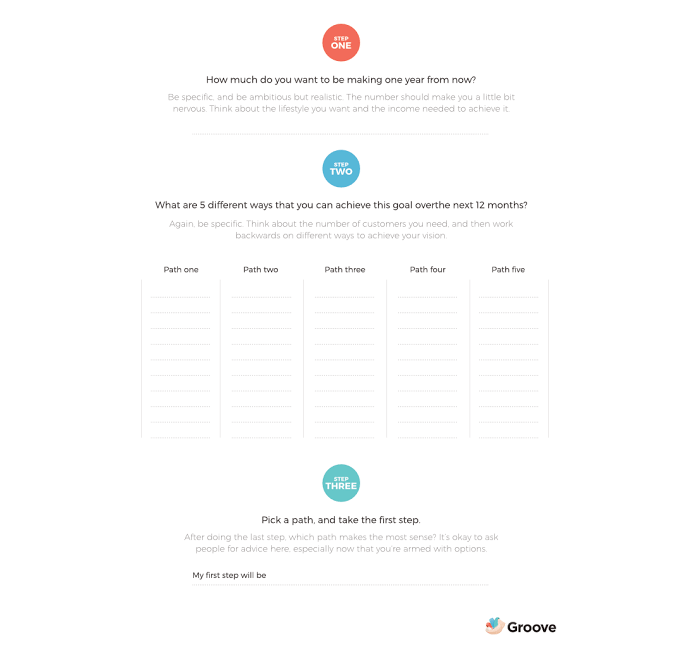 Think about what an ideal lifestyle actually looks like for you, and come up with the number for how much it’ll cost to fund.

Then, use that number to set your one-year vision. For yourself, for your business, or both.

And then, chart five paths to that goal.

Step by step, list the things that you could do to achieve that goal in your business.

Think about the number of customers you’d need to get there, and the actual tactical things you can do to get those customers.

Because one path is a guess, at best. If you hit an obstacle on your one path, it’s easy to give in.

But forcing yourself to chart five paths:

And that last one is key.

Even if your vision involves a Gulfstream and you do need to build a unicorn, having options gives you leverage; when you talk to potential investors, you know that you don’t need the money. You can build your vision in a number of other ways.

And you already know what those ways are.

If You Do Need Money, Know That Equity Financing Isn’t the Only Way

The small early round I raised at Groove wasn’t a traditional equity round.

We raised a convertible note, as most startups nowadays do.

That means that, among other benefits, the round was raised quickly, and I was able to hold on to a lot more shares of the company that I could use to keep control of the decisions and incentivize great employees to join the team.

There are also options like Silicon Valley Bank. Raising your money via debt financing, if your balance sheet and monthly growth is healthy, can be a great option.

But, importantly, anyone looking to raise money should take great care and caution to consider whether it’s truly the best option. 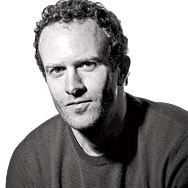 So if you’re about to start a business, or if you already have a business and you’re thinking about taking funding, or if you’ve already taken funding and are considering going back for more, consider the alternative.

Trying to close a round of funding requires hustling. You’re selling your company—and your vision—to investors.

Why not take all of that energy and hustle in a way that will make you a better businessperson, and have long-term impact on your bottom line?

Instead of selling to investors, sell to customers.

Think about ways to increase revenue.

Increase your pricing (and justify it). Upsell your customers on added value. Bust your ass at content marketing and get more new customers in the door.

Make your company its’ own financial backer.

But if you decide to raise, know that giving away equity and diluting yourself to the point of being unmotivated to win is not the only way.

Are we living and working in a bubble?

Maybe. I’m not sure that anyone can really say for certain.

But there’s no question that money is changing hands freely, and many startups are taking funding that they wouldn’t have even considered (due to the amount of pitching and chasing involved) just a few years ago.

I hope that this post serves as a helpful reminder that you shouldn’t take money just because it’s there.

And, at the end of the day, you might not even need that money to achieve the life you want.

Think about your vision. Set it carefully. And then go out and make it happen.

It’s probably a lot more achievable than you think.