Customer support isn’t usually thought of as a CEO-level responsibility. Here’s why in our case, that couldn’t be more wrong…

It’s not really supposed to.

And it feels especially bad when the criticism comes from someone you respect and is so spot-on that it hits that sensitive button deep in your ego.

But, frankly, there’s nothing in the world more important to getting better at anything than learning to seek out and take criticism. 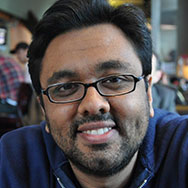 It’s often hard for people to give you critical feedback so I tend to try to seek out the few people who will do that for me.

Early last year, our team was firing on all cylinders.

We were building some killer new features, and I — this is important — was focused 100% on making sure those features were the absolute best in the industry.

But spending 60+ hours per week looking ahead, there was something I wasn’t doing very much anymore.

I wasn’t spending enough time in our own product, using Groove and handling support emails, something that was really important to me early on.

During that time, I didn’t really notice when little things slipped.

Small bugs in the app, minor UX issues that annoyed a couple of customers.

But these things add up, and one day I got an email from a customer — and a friend — that rocked me.

And he was right. I had stepped back to focus on other things. And it was a huge mistake.

I couldn’t sleep that night, thinking about that email. And the next morning, I resolved to get our product back on course.

Over the next six months, I joined our support team and spent more than 20 hours each week doing customer support and, importantly, using Groove exhaustively.

I answered emails, logged issues and collaborated with our team to tackle issues.

I helped customers get more out of Groove, ecstatic every time someone was happy with my help.

And I painfully watched as others slipped away, realizing that Groove wasn’t right for them.

But throughout, I got a look at our product, our customers and our business that I’d been missing for a very long time.

3 Things I Learned Doing Support for 20+ Hours Per Week

I started Groove because support was too complicated for my last company, and I’ve thought about support every single day since.

But for a while after we launched, I stepped back from actually doing support to focus on the product.

When I dove back in, I realized a lot of things:

I already knew this, but it’s the difference between knowing that falling on your face hurts because you did it a year ago, and actually taking a spill and feeling that pain again.

There’s no doubt about it: support is one of the hardest jobs in any company.

You work with every customer, from those with easy, everyday questions that are solved in a single email, to the seething anger of a user whose business is being hurt by your app not working properly.

As the founder, it hurts me even more to see that happen, because sometimes it actually is my fault.

Sure, support software makes managing support easier, but dealing with the highs and lows takes a lot of patience, determination and empathy.

I’ve always struggled to define the role of a CEO. But the truth is, there’s no set of key tasks that has been the same for me since I started.

I think, simply put, the role of a CEO is to do whatever is the most high-ROI task for the business at any given time.

It’s a mandate that’s true for all employees, but particularly so for roles that aren’t as specialized as, say, a back-end developer or a UI designer.

At the very beginning, that meant spending most of my time working with the team that built our prototype.

Once that was done, I had to work closely with customers to turn the app into something valuable for them.

Later, it meant hiring for key positions that would help us grow.

After that, it was focusing on getting the word out, building key partnerships and getting our growth to the next level.

And then, as it turned out, my role came back to support and customer development, with the highest-ROI use of my time being working on getting the insights we needed to take our product from good to great.

I don’t know what my role will be next, but I’m sure it’ll make itself quite clear.

3) Seeing Customer Complaints Is Very Different From Feeling Them.

Even when I wasn’t doing support, I’d always see issues and bug reports in Pivotal Tracker.

But when I was forced not only to own customer complaints, but to look into them and respond to an upset customer, I’d feel their pain on a much deeper level. An issue that might have otherwise been another task on the stack became a burning pain that was hurting a customer I was interacting with directly.

Likewise, seeing and having to reply to the same feature requests over and over again makes it easier to understand which features users want the most, moreso than simply looking at a list of requests.

It made me realize — again — how big the disconnect can be between the people making product decisions and the ones actually talking every day with customers. I learned the same thing doing customer development, and it has completely changed the way we look at product development.

When support drives development, your customers will pull the best possible product out of you.

And even more than what I learned from customers, I got to feel their pain by running into Groove’s bugs and shortcomings myself. Things I had only been reading about in bug reports came alive and began to frustrate me. I felt terrible for not having addressed many of them sooner.

But over the coming months, I took what I saw and applied it directly to our product development and roadmapping meetings. Bug fixes weren’t just a thing we blocked off scheduled developer time for; they were high-priority development issues that came before new features.

We slowed down building new features, and went back to shoring up the ones we already had.

Six months later, things looked very different. The complaints about stability were gone. Bug reports were way down. Our customers loved the product, and I finally did too… again.

The exercise was so valuable, in fact, that I’m still doing support. And will continue to do support for as long as it’s the useful for the company.

Groove has never been a stronger product than it is today, and that’s due in large part to what I learned doing customer support.

The Impact of Getting a Response From the CEO

I’m no more qualified than anyone on our team to answer 99% of the questions that come to Groove.

But I’ve had more than a few customers surprised to see my name in their inbox. One customer noted that she felt like getting an email from the CEO made her feel like Groove truly cared about our customers.

We do. We all do. But it turns out that having the CEO do support makes that more obvious to the people we interact with.

I’ve built better relationships with our customers, and in turn, strengthened their relationship to Groove. I’ve seen the same results when responding to emails from prospects who are considering Groove; the trust that’s built by getting emails from me has helped many of them choose to become customers.

This is only partially a post about how important it is as a CEO to be doing customer support. It’s incredibly important.

But this is also a post about drinking your own Kool-Aid.

About getting — and staying — ridiculously close to your product, no matter how big you grow.

It seems so obvious (why wouldn’t you use your own product?), but it’s easy to forget the obvious when you’re bogged down in everything else.

I hope this post serves as a helpful reminder to you.

The bigger you get, the more important this gets, because that’s when the little things start to slip. That’s also when the responsibility of growing a business starts to eat into the time you used to spend testing and using your own product.

I’m busy too, but I block off time each morning and evening to do support.

If you make time to keep using your product every day, you’ll do it.

You owe it to yourself, your business and your customers.