What helps successful people win? Here are a few things.

What makes them tick?

How do they think?

Why are they so different?

Learning from the best can help anyone better themselves.

That’s why a couple of years ago, we started publishing interviews with some of the most successful founders and CEO’s that we know.

To see—and to help you see—mindsets, strategies and routines that can be applied to our lives to help us improve.

We’ve done 15 of these interviews now, and I was looking back at them to see if I could spot any patterns.

What do all of these successful people, who come from all different industries and backgrounds, have in common?

Below are the seven common traits that I noticed, and I think we’d all do well to be reminded of just how valuable it can be to work to cultivate these things in ourselves.

1) Know (and don’t hide from) your weaknesses

Ask a “B” player what their weaknesses are, and they’ll downplay it, or give you a bullshit answer (“well, sometimes I can be too detail-oriented”).

Ask most successful founders the same question, and it can be hard to get them to stop talking.

Great founders know what their weaknesses are, because doing so lets you make the best possible use of your time and strengths, and makes it easy to hire people who excel at whatever you suck at, so that your weaknesses don’t hamper your business. 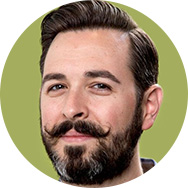 I work well with certain people and more poorly with others. I wouldn’t consider myself a great manager and that’s something I struggle with.

With the exception of a select few, most entrepreneurs start with few connections, no funding and no huge competitive advantage aside from their idea, their own intelligence, their passion and their hustle.

And all of them came up against obstacles that have made other people throw their hands up and walk away.

But instead, the successful founders realized that most obstacles aren’t excuses to stop…they’re just that: obstacles. And obstacles can largely be overcome. 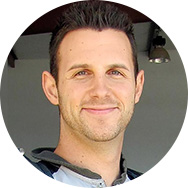 We started Grasshopper with no money except what we and our families could put together, but we knew we’d have millions of dollars in expenses.

This was before AWS, there was no such thing as Twilio or infrastructure for phone systems. We had to physically build servers and put them in a data center.

All together it should’ve cost us a million dollars, but we got it for around $150,000.

We had to figure out how to get creative with suppliers. We learned to sell our story, and that helped us get crazy terms with our suppliers, many of whom essentially loaned us money in the form of equipment or whatever else we needed.

When we first launched Groove, we flew blind for a couple of years.

That approach could only take us so far, and we knew we needed to take our growth more seriously if we wanted to build a sustainable business.

So we began to set both quarterly and yearly goals for everyone at Groove, and we began to hold ourselves accountable to them.

And while in their earliest iteration, our goals were poorly constructed and set up to fail, simply *having *goals helped us focus and use our time more productively.

We’ve come a long way since then, and I haven’t been surprised in the least to see that almost all of the entrepreneurs we interviewed prioritize goal-setting. 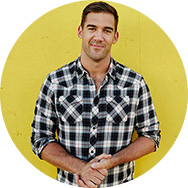 Get clarity on a specific number that you want to make in the next 3, 6 and 12 months, and why that number is important, and then set a clear path to make that happen.

The clear path is the easiest part.

Look at where you currently are with your offers, products and services, and look at the numbers.

Then you just have to think, “ok, if you make X right now, then how many clients do you need to hit that number that you want?”

It’s very clear and simple once you lay it out that way.

If you sell software, how many customers do you need at $50 a month, versus at $200 a month, to get to a half a million a month?

In emails and blog comments, people are always asking questions like “how do you get [X]?”, or “how did you get them to agree to [Y]?”

It’s amazing how often the answer to that question is simply this:

You ask for it.

You’ll be amazed at what people are willing to say yes to. 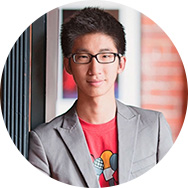 No one else cares about your life as much as you do, and if you end up putting in the time and energy the results will be there. It’s a numbers game. You want a job? You ask 10,000 people, and if one person gives you a job, then you made a 1 in 10,000 chance happen.

Almost every great business starts with a hunch that there’s a problem that people will be willing to pay to have fixed.

But so many startups fail when they neglect to validate that hunch before actually spending lots of time and money building their products.

Building on assumptions is a fast path to wasting resources, and great entrepreneurs aren’t afraid to get into the field and talk to their potential customers to see how they’re thinking. 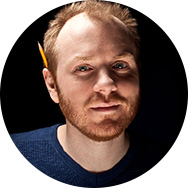 I’d walk into any retail store, any coffee shop, any restaurant, and I would ask the employees: “How do you get your schedule? How do you know when you work?”

And they would say, “well, it’s on a piece of paper in the break room.”

Just by asking people in the environments where you think your product is going to be valuable what they do now to solve the problem that you’re trying to solve is probably the best way to validate your assumptions.

6) You have the same amount of time as everyone else

Many of the founders we interviewed are parents.

Some of them started their businesses while working full-time at other jobs.

They’re all busy people, but none of them buy the excuse that they “don’t have enough time” for anything.

If something is important enough, anyone can make time for it. 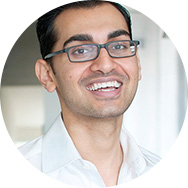 Yeah, you might have to make sacrifices in life and you might not have as much fun, but who cares? If you want to do something and you want to get good at it, you have to put in the time and effort.

Often, people don’t have the time because they’re inefficient in their lives. I use tools like [RescueTime](https://www.rescuetime.com/), which tells me where I’m wasting time and how to fine tune everything so that I can focus on the most important tasks.

7) They recognize that success is a process

It’s so easy to look at someone more successful than you, and be intimidated by their results.

“How could I ever get there?”

But, as cliche as it sounds, it’s really important to understand that everyone starts with nothing, and the only way to get to the result you want is to take small steps. 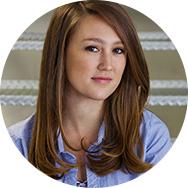 The way that you need to reframe your thinking is to picture real humans.

Imagine if you had some sort of local meetup and you got 50 people in a room. Most of us would be really happy with that.

Like, “wow, 50 people showed up to hear me talk and hear about my product.”

Then you get to 1,000, and 1,000 people in a room sounds massive to most people, but that’s the reality: these are real humans on your email list.

The more successful people I meet, the more I realize that it’s not any common background or pedigree that unites the ones that I want to emulate most.

It’s the way they approach their business and their life. These common traits have a massive impact on their success, and the more I work to improve myself in these areas, the more success I see, too.

I hope that this post helps you to better focus on what’s important.