Our team was working long hours and teetering on the edge of burnout. Here’s how we’ve managed to turn things around.

We’ve, uhhh, wrapped up the chat updates, and, uh, fixed the Twitter bug, along with a few others. Tomorrow, we’ll…get through the rest of them.

As I listened to one of our developers take me through the day’s progress, I could hear the exhaustion in his voice.

This wasn’t some “aha moment.” We’d been feeling this for weeks.

While Groove was growing rapidly, so was our team’s workload. Without new hires (yet), more and more work kept falling on the same shoulders.

More and more days were ending with long, exasperated sighs.

It was wearing on us.

And it wasn’t just a feeling.

Our productivity was slipping. Over four weeks, our Pivotal Tracker velocity dropped by nearly 20%. 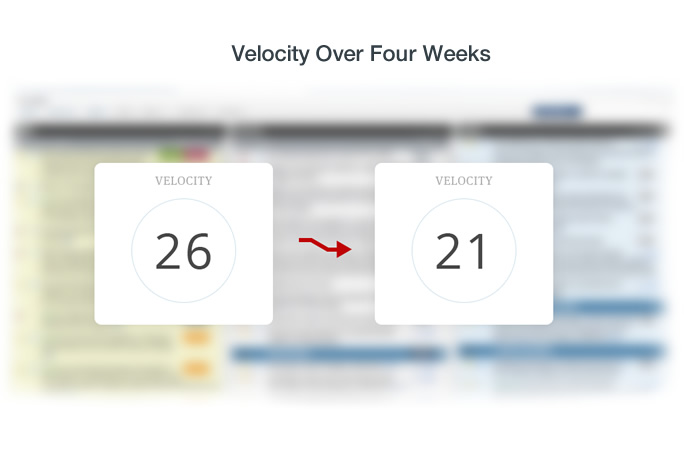 Now, velocity is not an exact measure of productivity. But it is a quantifiable metric of how fast we’re completing tasks, and together with our own observations of our productivity slipping, it painted a grim picture of how much work we were getting done.

There isn’t a single person who’s worked for a startup who doesn’t understand that every now and then, you need to push a little bit harder.

When you’re scrambling to grow a business, there are times when putting in extra hours is simply unavoidable. You’ll have launches, deadlines and do-or-die emergencies.

That’s just a part of the game, and the rare 12-hour day won’t kill you.

But when every now and then turns into a regular occurrence, or worse, every day, you’ve got a serious — and dangerous — problem on your hands.

That’s where we were.

It simply wasn’t sustainable; the burnout needed to be stopped.

I’ve written before about how much I value work/life balance.

If we burn out, nobody wins.

But as more and more seemingly urgent tasks come along, priorities have an unfortunate tendency to shift in the wrong direction.

For too many — myself included — the answer might have seemed as simple as “take a vacation.”

It’s not like we don’t allow for vacation. Everyone on the team is allowed to take as much time as they need.

The problem was that nobody was actually taking that time.

Through some very frank conversations, the reasons why became pretty clear: fear and guilt.

The team was scared; work was already piling up, and if they took time off to recharge, the incoming work wouldn’t stop, it would just be there when they got back, worse than ever. They were (rightly) scared that knowing this, they wouldn’t be able to enjoy their time off.

Another developer mentioned — and others agreed — that he felt guilty about leaving his workload behind for his teammates.

Either one of these reasons would be enough to drive many people away from vacation forever. Together, they ensured that nobody ever risk a day off.

Takeaway: Being entitled to vacation time does nothing to help with stress and productivity; only actually using it can do that. Simply offering time off to your team may not be enough.

The Three Steps We Took To Fix Things

To be clear, this wasn’t a failure on the team’s part by any means.

Nor was it the fault of our ever-growing task list.

This was a management failure, pure and simple. I didn’t see it coming. I didn’t plan for it. And I didn’t take action to fix it until it was bordering on too late.

But finally, I had no choice but to do something.

I tried a lot of things, but three in particular were instrumental to getting us back on course:

The most obvious solution was also the one I had been putting off the longest, to the detriment of our whole team. Hiring is risky: it strains a startup budget, and making the wrong choice threatens to throw off a small company’s culture and dynamic. To me, that was (stupidly) enough to keep pushing “hire a new dev” down into next week’s to-do list, week after week.

That wasn’t an option any longer. I’ve been fortunate to build a network of connected people, which made getting introduced to a few highly qualified developers pretty easy. I hired two talented programmers for month-long test contracts, and one of them ended up becoming a full-time Groove employee.

This step, bringing our team size to six, almost immediately began to relieve pressure from the rest of our company.

Takeaway: Don’t wait to make a hire until your team has already suffered. Do it as soon as you can afford it; if you’re growing and are willing to rework your budget to make this investment., I’d urge you that you can make it work much sooner than you think.

It was obvious that offering vacation time wasn’t nearly enough to get people to actually take it.

Even encouraging people to take time off wasn’t enough when their workload simply wouldn’t allow it.

We had to make it work. And to do that, the workload had to change.

We took a deep, unforgiving look at Pivotal Tracker. 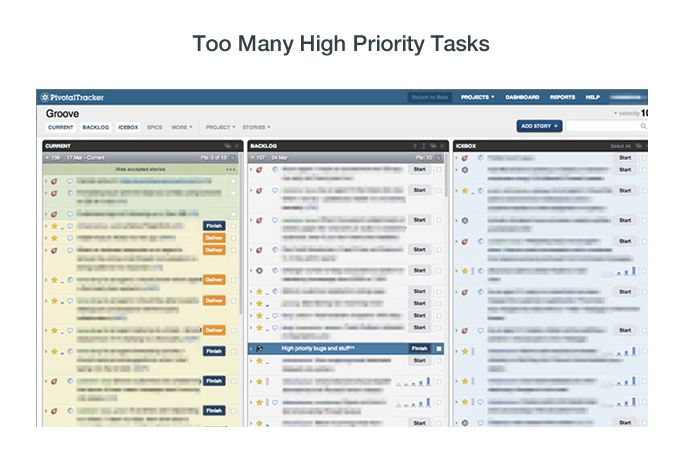 The truth is, we weren’t getting that many more mission-critical tasks. We were just flagging them as mission-critical because they were critical to keeping our productivity in line with the previous exhausting, overworked weeks.

When we took the time to do a reality check and think about what truly needed to get done urgently, the list began to shrink, we were able to re-prioritize and push back less important tasks, and the workload began to become much more manageable.

All of a sudden, taking a vacation was no longer outside of the realm of possibility.

Takeaway: Growth that’s achieved at an unsustainable workload is just that: unsustainable. You’ll have to pull back the amount of work sooner or later; waiting too long can cost you dearly.

Fear and guilt weren’t just keeping my employees from taking time off.

They were keeping me put, too.

I had the same fear that my own tasks would pile up to unmanageable levels if I stepped away, even for a day.

I also had overwhelming guilt about the idea of taking a vacation while my team was hammering away: how can I ask them to work if I’m not going to?

But, as one of my founder friends and mentors explained to me, I had to lead by example.

So, in December, for the first time in a long time, I took a week off and went to Maine. In fact, I forcibly froze all non-critical tasks on our to-do list and closed the Groove offices for an entire week after Christmas. Nobody was allowed to work.

The week we returned was our most productive in months. And since then, I’ve made it a point to take regular time off to recharge myself, and the rest of the team has followed suit.

Takeaway: Being a founder or CEO is no excuse to work yourself into the ground. On the contrary, if you want your team to be less stressed and more productive, lead by counter-intuitive example and take a vacation.

In the four months since we’ve started our burnout-battling efforts, the results have been impressive.

Our velocity has increased by 38%. 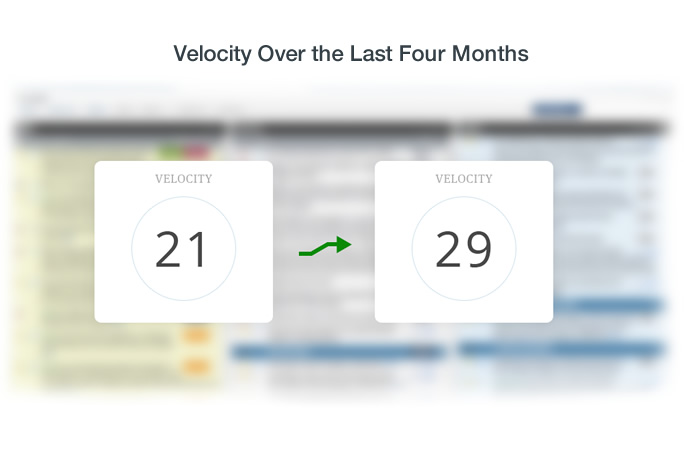 And each team member has taken an average of 1.7 days off per month (not including weekends), compared to less than 0.4 previously.

But moving forward, there’s more work to be done:

In the comments, I’d love to hear about your own suggestions and experiences managing your team’s time off, productivity, stress levels and happiness.

Leave a note below: let’s learn from each other so we can all do better.