Good customer service is more than helping the customers who actually reach out to you.

One time, years ago when I lived in San Francisco, I went out to dinner with some friends. The restaurant was a popular one, and it was packed.

While our expectations were high, the mishaps started not two minutes after we were seated, when a waiter opened and started pouring the bottle of wine we had brought… at another table.

Things only got worse from there, as they later brought out the wrong dish for one of us, and no dish at all for another. One dish was burnt, and one round of drinks was completely forgotten. In the end, we had to ask to have two items we didn’t order (or receive) removed from the bill.

Now, we didn’t raise a fuss about it. We were having fun, and as the comedy of errors unfolded, even managed to laugh it off as the screw-ups we counted went into the double digits.

Still, one of my friends at the table is an avid Yelp user. She reviews every restaurant she tries, and the next day, she posted her thoughts on our experience.

It wasn’t exactly a glowing review.

But the restaurant was listening; the same day, the manager posted a response to her review asking her to give him a call and explain what happened. She did, he tripped over himself to apologize, and offered a comped meal for all of us if we came back.

It was a good example of customer service recovery, but that’s not what this post is about.

The reason I’m sharing this story is to illustrate what that restaurant — and thousands of others — deeply understand: that their customers aren’t telling them every time there’s an issue. Instead, they’re going elsewhere and sharing their problems with others.

The research makes it clear: according to a survey by Lee Resources International, for every customer who complains, there are 26 customers who don’t say anything… to you. 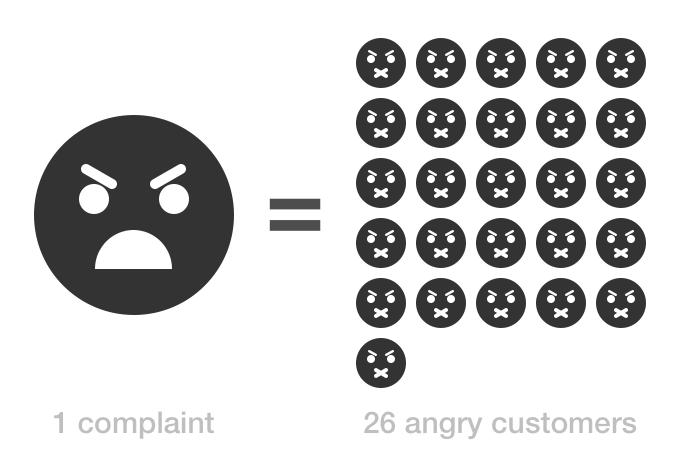 But often, those customers with issues are telling others about it. By finding those issues “in the wild” and solving them, you don’t only build better relationships with your customers, but you set yourself apart as a business that will do whatever it takes to make things right.

Your job isn’t just to solve the problems that come your way. It’s also to solve the ones that don’t. Click To Tweet

How To Find Customer Issues Outside Of Your Inbox

There are three things you can do that will make outbound support easy for you and your team:

Yes, I realize that I’m about eight years late in saying “join the social conversation” (ugh).

But it’s important! Often, social media is the first place customers will go to look for support.

With this being the case, it’s amazing how many business Twitter accounts sit unmonitored and unused. As it turns out, that’s a costly mistake: a 2012 Gartner study suggests that failure to respond via social channels can lead to a 15% increase in churn. 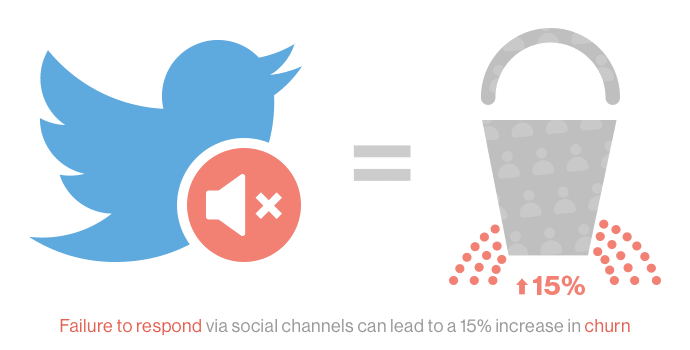 Don’t assume that your customers know your Twitter handle. In fact, research shows that only 3% of brand mentions actually use a Twitter handle, instead opting for the company or product name. Search for your product or business name on a regular basis (some tools, like HootSuite, will automatically update your feed with new search results) to see what people are saying.

2) Understand where your customers hang out online.

Unlike with restaurants, your customers probably aren’t talking about you on Yelp.

You have to dig a little harder.

But if you’re doing customer development like you should and talking to your customers, then you probably understand them well enough to know where they have conversations with others online.

If your customers are developers, they may be mentioning you on places like Stack Exchange or Stack Overflow. If they’re SaaS startups, they might frequent Hacker News. And no matter what niche you’re in, there’s probably a subreddit or two that captures your customers perfectly.

By listening and participating in the same communities as your customers do, you’ll have your ear to the ground when a mention of your product occurs, not to mention a better relationship with — and a much deeper understanding of — the people you sell to.

There are tools out there that crawl the web and tell you when your product or brand gets mentioned somewhere.

They range from free search tools like Social Mention… 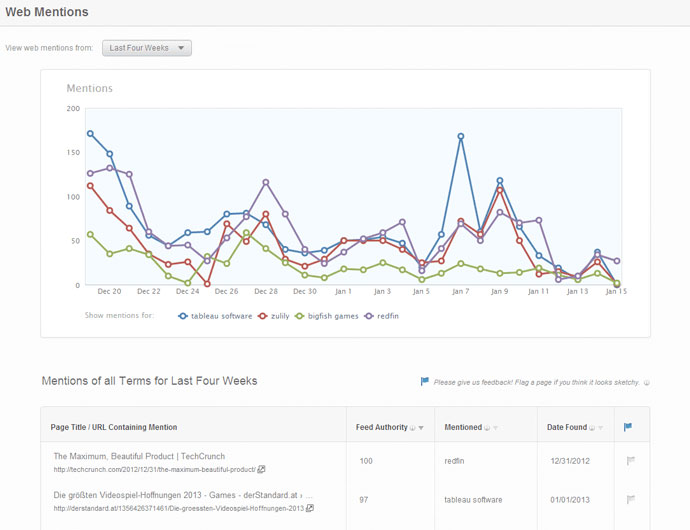 These tools can help you stay on top of when and where your product gets mentioned. They’re great for marketing, but just as important for customer support.

How To Respond To Customer Issues In The Wild

So, you’re doing the right things and listening in the right places, and you see someone post an issue they’re having with your product.

What do you do?

Solve the problem for them.

Reach out, either via the channel they post in, or personally via email, and do what you can to make things right.

About a year ago, a blogger posted his review of a number of help desk apps, including Groove. He mentioned some things he liked about Groove, and a couple that he didn’t.

In the end, he wrapped up with:

Not a great ending for us.

But instead of getting defensive or asking him to remove negative feedback (one of the biggest mistakes you can make in outbound support), we reached out and offered to make things right.

A few weeks later, he posted an update: 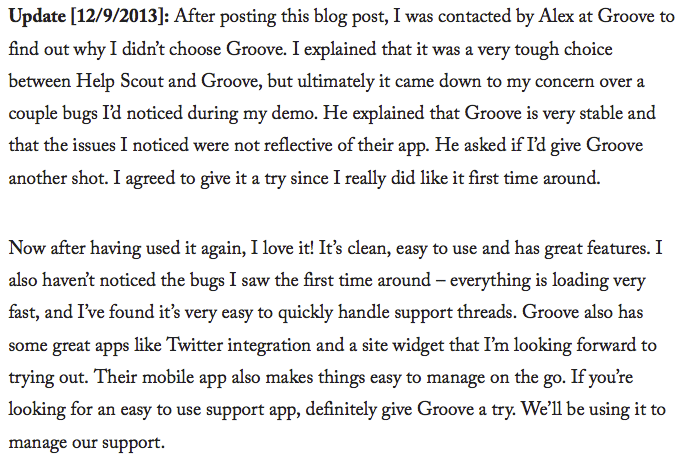 Simply by listening and responding to issues that we weren’t being told about, we were able to turn a former customer into a loyal long-term customer.

Go Beyond Your Inbox

With only 1 in 26 upset customers deciding to send you an email about it, you simply can’t afford to ignore those customers who choose to share their complaints with others.

Go out there. Find them. And do everything you can to make them happy.

Because great customer service doesn’t stop at your support inbox.

When evaluating Help Scout, you can come across many different alternatives from GrooveHQ, to Kayako, to Freshdesk, and more. But each one offers unique selling points. We'll show you.

When evaluating Intercom alternatives, don't sleep on brands such as GrooveHQ, Zendesk and others. They could offer you exactly what you're look for.

When evaluating Gorgias, you can come across many different alternatives from Zendesk to Kayako, to GrooveHQ, and more. But each one offers unique selling points. We'll show you.