Since our last update, we’ve been working hard on what will be Groove 2.0: Electric Boogaloo, as well as a couple of fun new things for Groove Mobile.

Have a look below for the latest features, bug fixes, and a status update on the new version of Groove.

Good news, Android users! We’ve been working on some enhancements to help you get the most out of your notifications, like: 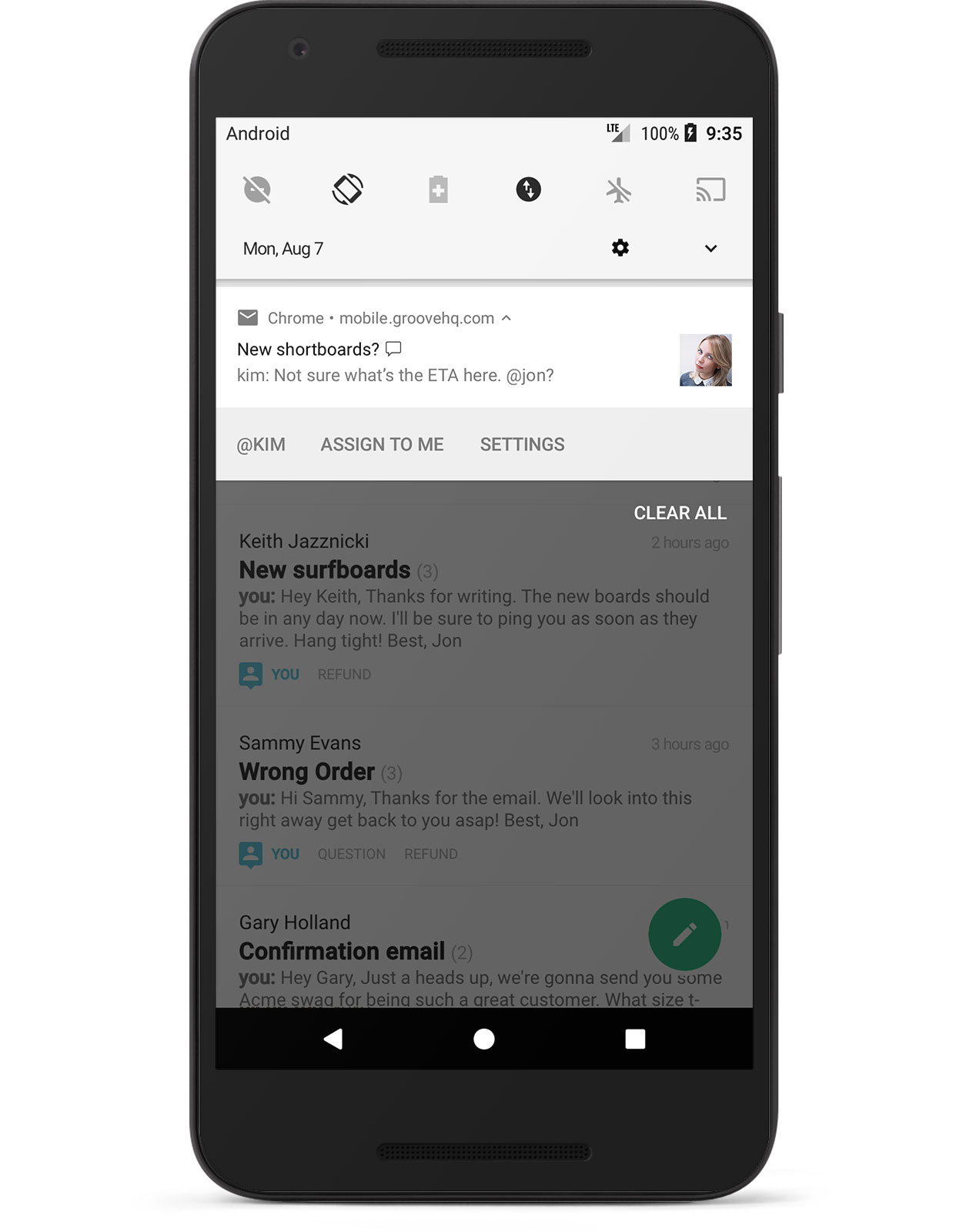 We can all breath a sigh of relief knowing that deleted tickets are no longer gone forever. Whew! Instead, deleting works like archiving in Gmail now, and tickets can be brought back to life if needed.

This means that you now have a “Deleted Tickets” link in the left navigation, as well as a “is:deleted” search operator, to help you find those deleted tickets no sweat. 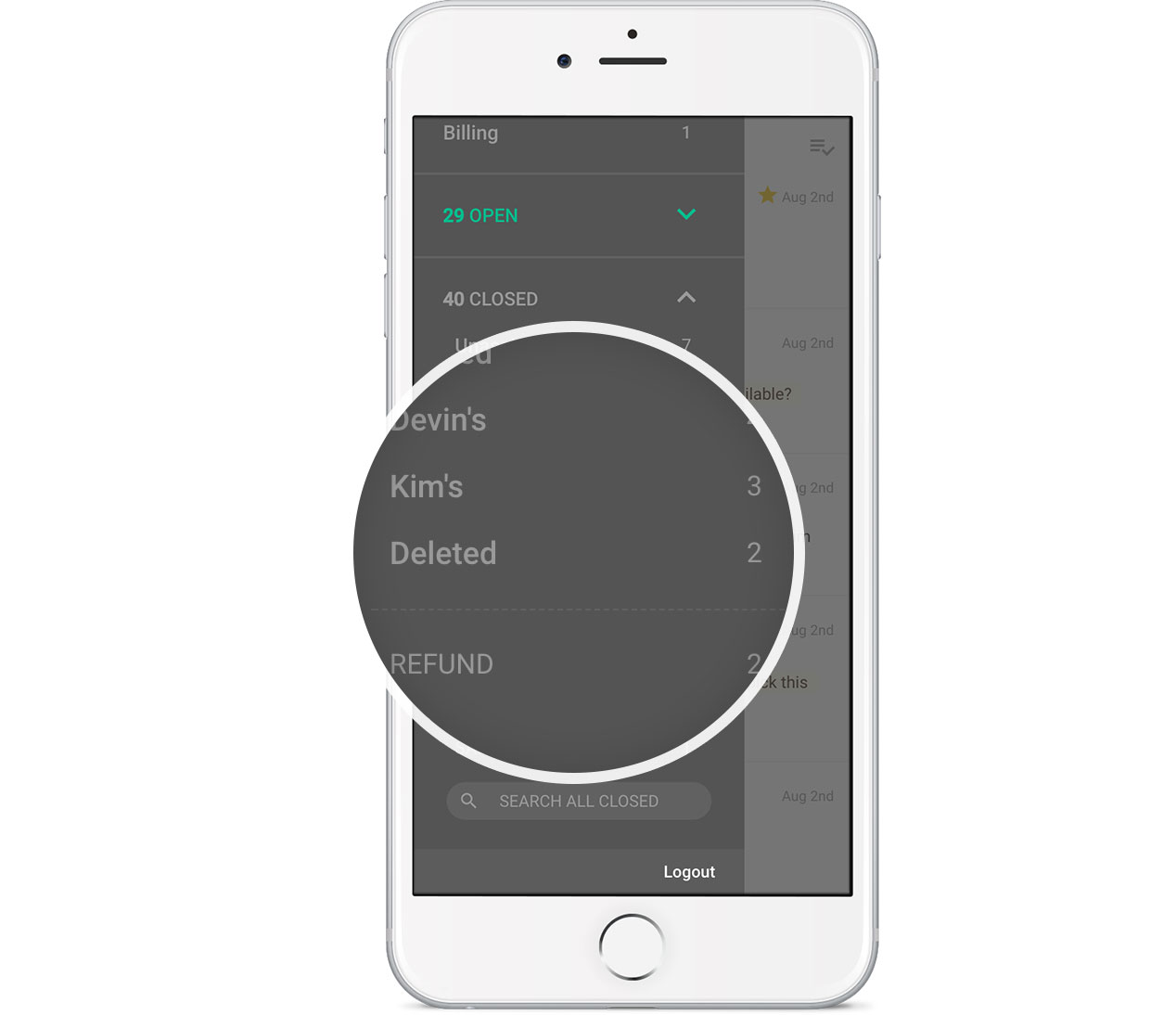 Now you can see starred tickets in the left navigation of the mobile app – along with Open, Closed, Snoozed – and this also adds “is:starred” as a search operator.

This introduces a division for every date in the history of a ticket and changes all of the timestamps to absolute time instead of relative time. This update fixes both missing timestamps and confusing relative timestamps (e.g. “three weeks ago”) when there are multiple messages in a row on a ticket.

Regression bugs — we fixed a few bugs that have appeared since the mobile launch, including bulk deletion not working, users being unable to unassign a ticket in certain cases, and issues with adding additional email addresses to a reply.

Folder Counts/Contents — a number of fixes have been made that were causing folder counts and contents to appear incorrectly, including issues with saving draft replies, removing labels and merged/deleted tickets.

It’s still early days for Groove 2.0, but here’s a little teaser of what’s in store for the next version.

Here’s a peek at the new ticket list and ticket view design. Notice the quick access to your favorite folders up at the top of the page. Perfect for those of you dealing with lots of folders across the account. 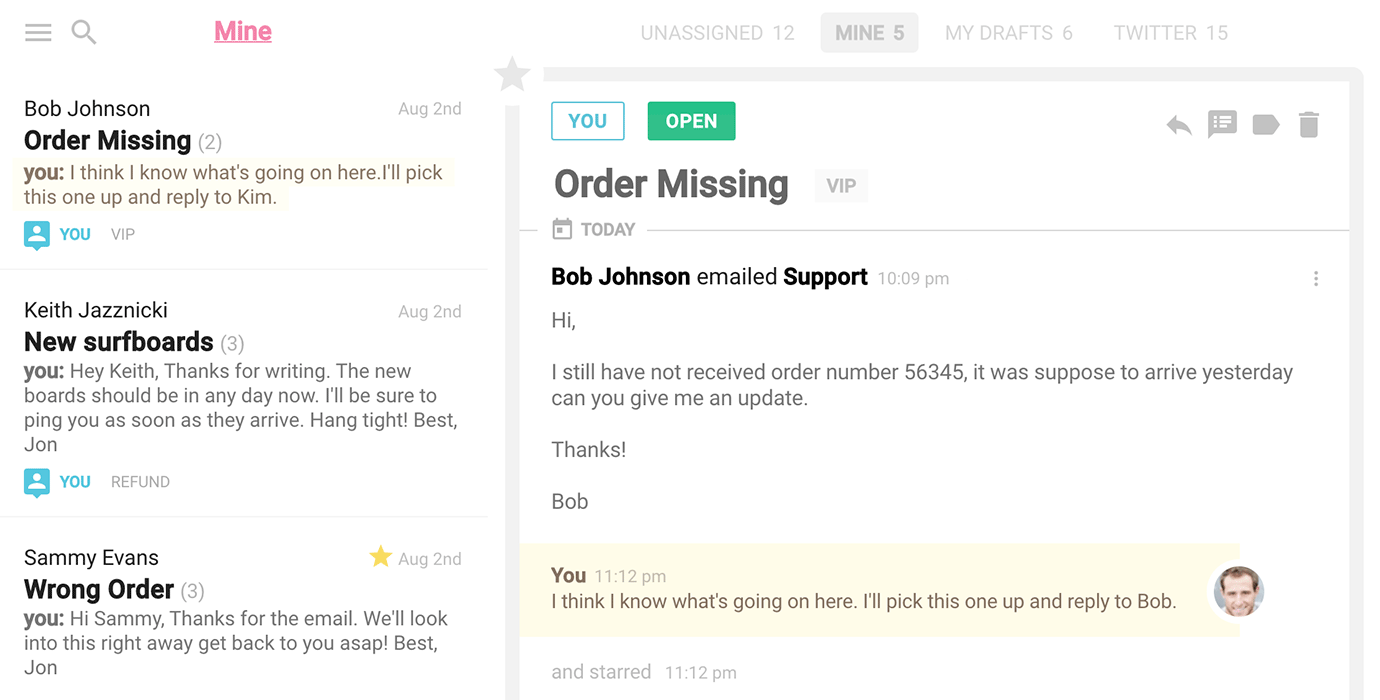 Here is the new simplified reply form. If you’re wondering where the rich text formatting options are, those will appear automagically when you select the text you want to format. Oh yes.

Last but not least, the new assignment modal makes it easier than ever to pass tickets to your teammates. 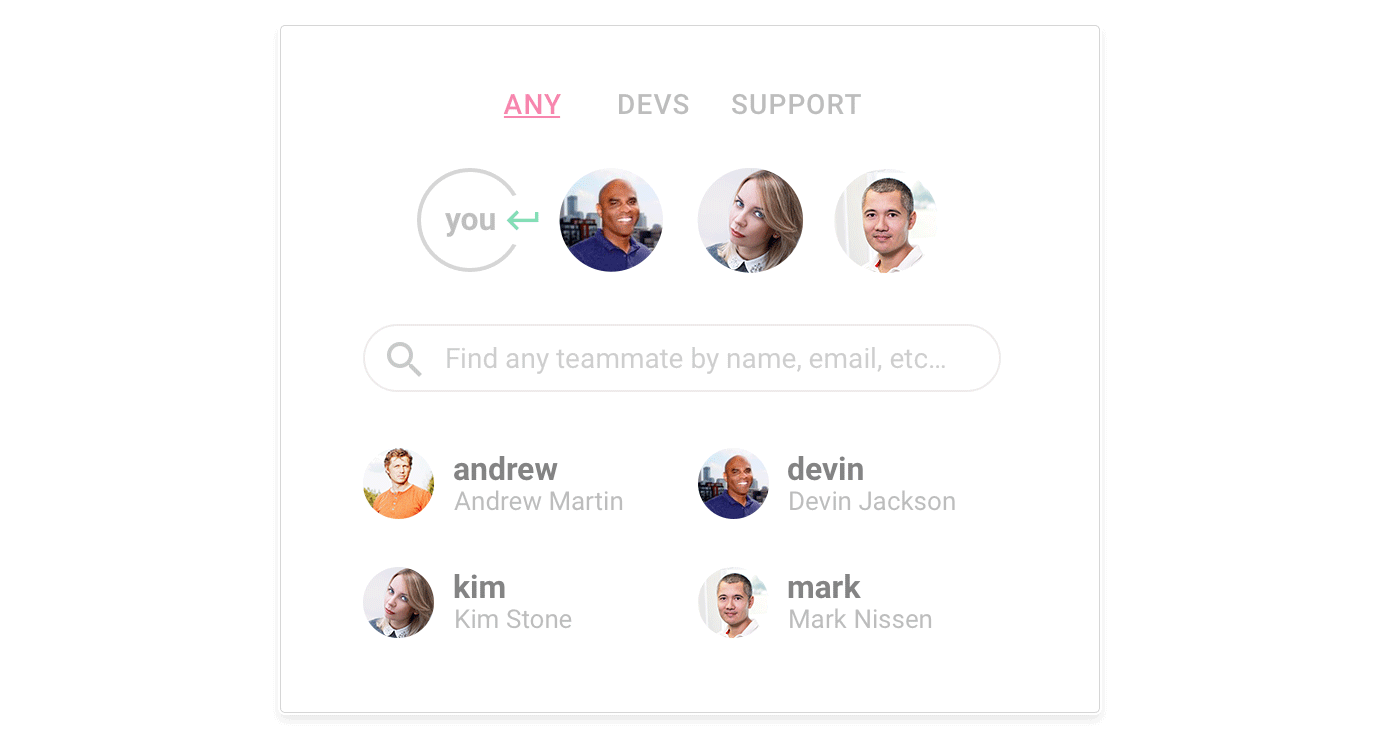 Along with a shiny, new facade also comes a more stable foundation. To help improve the overall performance of Groove, we’ve added the following:

Have any feedback or suggestions for how we can improve Groove? Please don’t hesitate to send us an email, we’d love to hear your thoughts!

Lesley Yarbrough Lesley is the head of support at Groove. Her specialties include troubleshooting bugs, tracking trends, and finding the perfect GIF for any given occasion.
+250,000 of your peers are already in the know