One of our biggest focuses at the moment is growing referrals. Here’s one test that’s worked so far…

Sure, a lot of companies do it, but seems like it would piss people off.

We had a lot of doubts on our team about testing something that would effectively force referrals onto our customers.

Strong doubts that, at numerous points, very nearly killed the tests before we even started them.

Several months ago, we were going to test a “Powered by…” link in our support widget (the “Contact Us” widget that appears on Groove customers’ sites), and I was really hesitant to pull the trigger.

It seems a bit… spammy.

But then we resolved to ask our customers about it first.

And, to our surprise, for most of them it was a total non-issue. The tiny link we were proposing didn’t bother them one bit.

And after we launched it, we even heard from some that they were happy to stop having to answer questions about which helpdesk they were using.

And it certainly helped us. 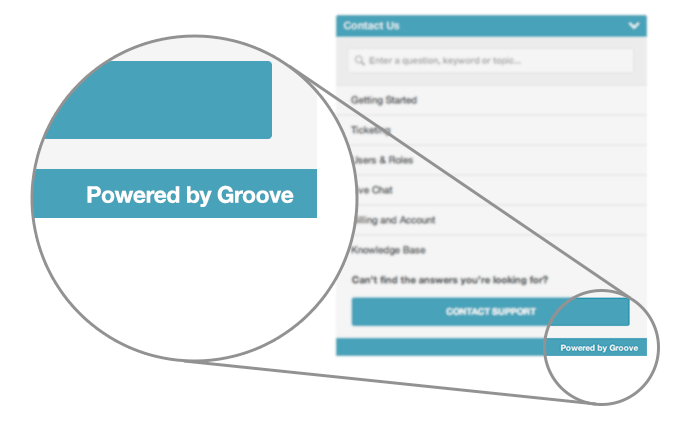 As our customer base has grown, the conversion rate hasn’t stayed at 19% like it was before, but we still get a significant amount of traffic from it, and that traffic signs up for a free trial at about a 9% rate (though it usually takes at least a couple of visits). 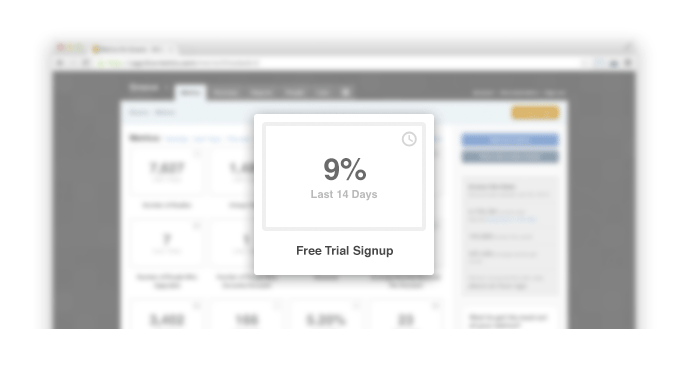 But there was more work to be done…

The Test That Increased Referrals by 30%

The obvious question: if the “Powered By…” hack worked on the support widget, where else might it have value?

We weighed a number of options to test, and decided to start with the first one that came to mind: on our customer satisfaction ratings page.

Some background: when a Groove user sends a support reply to a customer, there’s an embedded link in the email that asks the customer to rate their reply.

Clicking on one of those links takes the customer here:

At the bottom of that form is where we placed the referral link (though, as you see, with some altered copy). 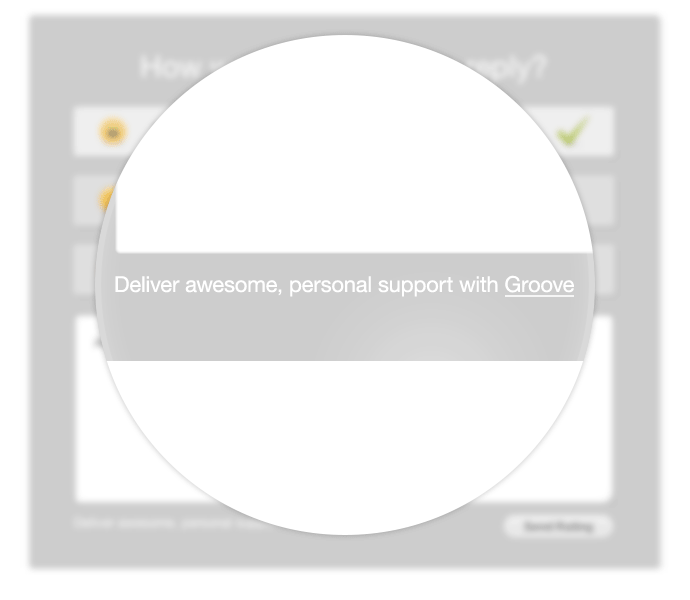 It took about a week, but the results were pretty clear: while fewer people were clicking through this link (for obvious reasons — fewer people see it), those who did click signed up for trials at nearly double the rate of those who clicked on the support widget.

When we account for trial-to-customer conversions, this second link ultimately gets us about 30% more referrals than the widget link.

Takeaway: If something works, don’t leave it alone. Use it as an indicator that there’s more to be gained from taking the same approach and applying it elsewhere throughout your business.

We’ve spent a lot of time talking and thinking about why the referral link performed so much better on the ratings page.

While we can’t say that we know the answer for sure, we’ve got some ideas that we feel pretty good about:

1) The Visitors Are More Qualified to Try Groove

This probably accounts for conversions more than click-throughs.

The interaction that the prospect has had with Groove goes deeper than simply clicking to open the Support Widget. They’ve used the customer-facing side of the app more; sometimes that means that they’ve clicked through the widget to find answers to their question, or they’ve filled out the contact form, or completed a live chat with the support agent.

They know Groove better than the average passerby, and thus they know what they’re getting into when they sign up for a trial.

2) The Context of the Offer Is Stronger

A prospect who sees the “Powered by” link on the Groove widget isn’t really getting promised much.

The promise of the “Powered by” link is that if they click through, then they, too, could have a support widget just like the one they’re looking at.

But on the ratings page, that promise is a bit different.

Presumably, the prospect has just received great support. They’re happy about it, and they, too, want to deliver the same support to their customers.

Now when they see the referral link, they can tie it to a stronger end benefit: great support, and not just a support widget.

Again, I don’t have data to back this assertion up; but my sense is that this may be the strongest force at play here.

3) The Message Is Stronger

Clearly, we’ve changed the copy to a more benefit-focused promise in this test. The only way to compare the two links, apples-to-apples, would be to have the same exact copy, and we’ll run that test in the near future.

But for now, this test suggests to me that we can improve the copy on the widget link. Whether it’ll make a difference in that context, I don’t know.

Takeaway: It’s not enough to simply know that something works. Understanding why it works is what will allow you to duplicate those results. Unfortunately, that understanding isn’t always as data-driven as we’d like it to be, but thinking, talking and hypothesizing can be valuable exercises, too.

The point here isn’t necessarily that you should add a “Powered by” link to your app.

For many businesses, that probably doesn’t make sense.

The point is that — as you strive to help more and more customers — it’s important to think about all of the different places you might *find *those customers, and try to put yourself in those places.

As we’ve learned, if you do it right, it won’t come across as spammy or annoying to the people that matter.

A Long Way to Go

We’re just touching the tip of the iceberg when it comes to referrals, and I hope that this link becomes a tiny part of our overall execution.

Admittedly, it’s one of the biggest holes in our acquisition strategy at the moment.

We’re working hard to implement a real referral program, and we expect to launch something in the coming weeks.

We’ll definitely be writing about our experiences with that.

In the meantime, I hope that this post has given you an idea or two to test in your own business. As you can see, even the small stuff — a text-only link, for example — can have a big impact.