It’s easy to spend weeks debating decisions, but that doesn’t mean you should. Here’s why.

Taken aback, I asked him what he meant.

“Just stop. Seriously. Make a call and move on. This isn’t that important.”

Not that important?! This is our domain we’re talking about. Our entire identity!

“You’ve been waffling on this for weeks. Pick something and get back to work. I know it doesn’t seem that way now, but you can always change your mind, and the cost of doing it later will be minimal compared to the cost of staying distracted now.”

My advisor was right.

We had been going back on forth on which domain to host our site on—Groovehq.com versus a half-dozen other alternatives—and we weren’t getting anywhere.

And more importantly, it was a daily distraction.

An easy problem to deliberate on instead of doing the hard work of building a product, talking to our audience, validating our assumptions and getting into the market.

He was right, and I should’ve listened sooner. Finally, we gave in and decided to go with groovehq.com.

The next two weeks were more productive than the last eight combined.

Developing a Preference for Action Over Analysis

That story above isn’t unique.

Ben Congleton told a similar one in his interview on this blog:

Coming to terms with the fact that Habla was not going to work for them as they moved forward, the team made a long list of names whose .com domains were available.

One of those names was Olark.

Tired of the back-and-forth debate on names, Ben finally put his foot down.

“Eventually I said, hey guys, let’s just be Olark for the next week. It’s short, it’s easy to spell, it doesn’t have any connotation and we can really own the brand. Let’s just see what it feels like for a week.” 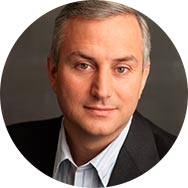 Mark’s advice is spot on and any entrepreneur would do well to heed it.

But it took me some time.

When Over-Analyzing Decisions Hurts the Most

I think that the most visible and relatable example for most entrepreneurs here has to do with firing team members.

It’s hard to fire somebody. Nobody wants to, or enjoys doing it.

But on small teams, bad players can be toxic. Whether they’re simply not pulling their weight, or something far more insidious (like ego) is at play, a weak link degrades the whole chain.

A founder friend said something to me a while ago that made it crystal clear why I had been slow to fire in the past: because it was a reflection on me:

The fault of a bad hire doesn’t lie with the hire. It lies with you for making that hire. You’re the one who pulled the trigger, and that’s why it’s hard to fire: you’re admitting to making a bad decision.

None of us like to be wrong, but, to return to Mark’s point, being wrong is a lot better than the massive costs of over-deliberating a decision.

This is probably the most obvious example of over-analyzing that many founders and teams fall victim to, but there are a lot of others:

Make a Call and Move on

Like I said, it took me a long time to learn this lesson. And I still find myself tripping up sometimes.

This post serves as a reminder to me, and I hope that it nudges you to be more mindful about over-analyzing your decisions, too.

I invite you to join me for an exercise today: pick something you’ve been deliberating on for at least a few days without any decision being made.