You have enough time. We all do. Here’s proof.

I didn’t think it was a very good idea.

Our market, I thought, wouldn’t respond well to the approach that my advisor was suggesting.

It might help us get a handful of leads, but I didn’t think it was worth our time.

And so, not wanting to be disrespectful, I took the easy way out.

“You know,” I said, “that sounds like a good idea, but we’ve got our heads down and just don’t have time to pursue that at the moment.”

What I didn’t expect was that my excuse wasn’t going to be accepted.

I knew then that I was about to be called out by someone who saw right through my excuse, and I braced myself.

“I don’t believe you. You’ve found the time to build a product, put together a team, do hundreds of hours of customer interviews and blog every week, and you don’t have time for an 8-hour project?”

Obviously, he was right.

I admitted as such, and while I still didn’t pursue the idea he suggested, the encounter changed the way I look at time management.

We ALL Have the Same 24 Hours

You and I have the same 24 hours available to us each day.

We have the same 24 hours available to us as Elon Musk, who sits at the top of two massive companies (and now, a third, smaller one).

We have the same 24 hours as Serena Williams, who’s won 39 Grand Slam titles and has been the number one WTA tennis player for more than five years.

We have the same 24 hours as Jason Fried and David Heinemeier Hansson, who lead a company with 100,000+ paying customers, publish bestselling books and still have time to spend with their families and to practice the impressive work/life balance they preach.

We have the same 24 hours as Sheryl Sandberg, the COO of one of the largest companies in the world, founder of a charitable organization, author and member of multiple corporate and nonprofit boards.

None of these people have managed to create a day that contains more than 24 hours.

And yet, their level of accomplishment borders on the unfathomable.

If you look only at their success, it can be discouraging.

But when I realize that they have exactly the same amount of life’s most precious resource⁠—time⁠—as I do?

Frankly, it motivates the hell out of me.

Sure, talent plays a role.

Still, I know some very successful founders who don’t consider themselves all that talented, and who started with little.

But something that all of the successful founders I’ve observed have in common is that they’re among the best in the world at making great use of their time.

They recognize the value in that 24 hours.

They waste minimal time on things that don’t matter.

And they never “don’t have enough time” for the important things that can make a huge difference for them.

How I Stopped Using “Not Enough Time” as an Excuse

And more often than not, it was simply a proxy for “that sounds too hard” (and I don’t want to admit it).

It’s an insidious habit to fall into, and it’s one which I suspect many of the entrepreneurs who tell me that they don’t have enough time for something fall into.

When something sounds difficult or unpleasant, it’s so easy to say “I don’t have time for that”, because it makes us feel a lot better than saying “that’s sounds hard and I don’t want to put in the effort.”

Not having enough time sounds legitimate. Important, even.

How to Never “Not Have Enough Time” Again

A trick that a friend shared with me is to replace “I don’t have enough time” with “that’s just not important enough to me to do right now.”

It sounds like a simple thing⁠—and it is⁠—but it’s incredibly powerful, and here’s why:

For things that actually aren’t important, you’ll simply become more honest about why you’re not doing them.

But for things that could make a big impact on your business or life?

For exercising, hiring great people, doing marketing, having a one-on-one with a team member?

Personally, I’d feel like an idiot telling myself that these things aren’t important enough for me to do.

And so when I changed how I approach not having enough time, I also ended up changing my behavior.

As much as I disagree with Gary Vaynerchuk on the hustle, I think he’s spot on here: 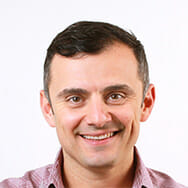 If you don’t watch Lost, then there’s something else you’re doing that you could cut to find time.

Download RescueTime and have it track your browser activity for a week. 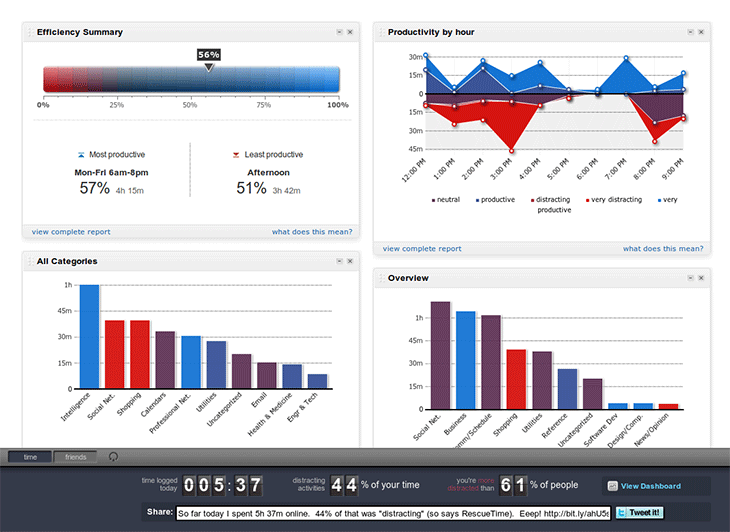 I guarantee you’ll find a few hours each week to make time for something important.

As an entrepreneur, my biggest battle isn’t with my competitors or my market.

After all, I’m the one that’s responsible for the stress caused by impatience, overwork and fear.

And I’m the one that’s responsible for the excuses I make.

I’m lucky that I was called out on this particular excuse and was able to turn it into an opportunity to get better, and I hope that this post helps you do the same.