It’s easy to come up with reasons why you won’t succeed. It also ensures that you never will.

Not too long ago, a reader left a comment on one of our posts.

I don’t know who the commenter is, and I’m not writing this post to attack him or her.

But this isn’t the first time I’ve heard this. I frequently see comments here (and on other blogs I read) along the lines of “this advice is great, but it won’t work for me because of (what I don’t have/who I don’t know/where I don’t live).”

My first reaction was to say “that’s bullshit,” because it’s true. Nearly everyone starts with nothing, and every founder you see who’s achieved some modicum of success has had to overcome tremendous obstacles to do it.

But the more I thought about it, the more I realized that so many of us — myself included — often think this way at some level.

We look at what others have, and we think, “that’s great for them, but I couldn’t do that because (excuse).”

It’s a crippling way to think, and I’ve had to work really hard over my career to suppress that sentiment and replace it with something more productive.

And that’s what I want to share with you today.

We All Start With Nothing

With the exception of a select few, most entrepreneurs start with few connections, no funding and no huge competitive advantage aside from their idea, their own intelligence, their passion and their hustle.

When I started my first company, I certainly didn’t have a leg up on anyone in any tangible way.

And tons of entrepreneurs far more brilliant and successful than I started from much, much closer to the bottom than I did (Jan Koum’s rags-to-riches story comes to mind).

It was so run-down that our school didn’t even have an inside bathroom. Imagine the Ukrainian winter, -20°C [Ed. note: -4°F], where little kids have to stroll across the parking lot to use the bathroom.

But I looked at successful founders who were IPO’ing or selling their companies for big money, and I’d think of reasons why they could succeed, and I couldn’t.

As I got more experience, and saw what it actually took to overcome barriers, I realized what a huge mistake I was making: I was comparing myself to people who had already done the work. They were ten steps ahead. But that didn’t mean I couldn’t take the same steps.

There’s a quote that I love, though I’ve seen it attributed to so many different people that I have no idea who’s ultimately responsible for it: “Never compare your beginning to someone else’s middle.”

And while I don’t think comparing my beginning to someone else’s middle has given me anything but doubt in myself, I’ve gotten tremendous value from studying other people’s “middles” to think about how I can achieve the same things.

It’s an attitude shift that will transform you:

How many times have we all said something like that?

At one time or another, I’ve had many doubts about myself (which is not to say that I don’t still doubt myself often today):

“I’d like to give my business a fighting chance, but I don’t know any VC’s or wealthy investors.”

Almost all of us have questions like this when we think about what we want to accomplish.

In my own experience, I’ve found one thing to make a huge difference in whether I accomplish my goals or not: it’s whether I treat those questions as challenges to be tackled, or excuses for why I’ll fail.

In The Magic of Thinking Big, David Schwartz calls this the Power of Belief. 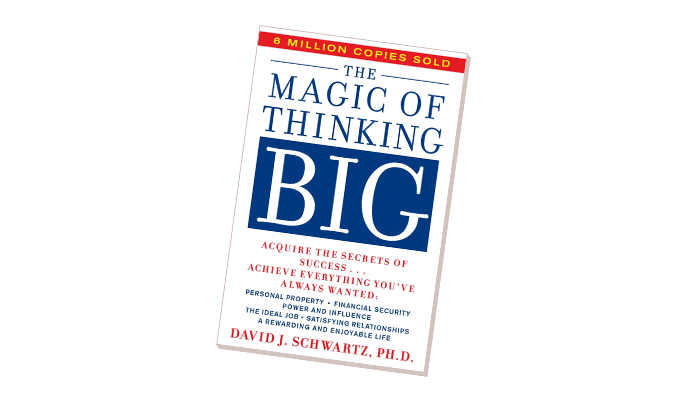 It may sound corny, but the sentiment is hugely powerful, and just as appropriate now as it was when it was first written more than 50 years ago. 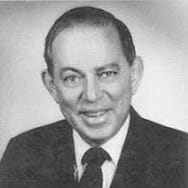 The “believe in yourself” mantra gets tossed around on so many motivational posters that it’s become a tired cliche, but there’s a reason that people who are actually successful still repeat it: it works.

When you have deep belief in yourself and your abilities, you look at advice differently.

Instead of seeing advice and thinking “that’s great, but it won’t work for me because (insert excuse here),” you begin to think “that’s great, here’s how I’ll adapt it to my situation.”

When I started Groove, I saw a lot of companies with hundreds of thousands of email subscribers, and I would think of reasons why we couldn’t (or wouldn’t even want to) achieve the same.

One of my mentors called me out on that early on; he saw right through my bullshit and told me so.

It was a lucky break, because that’s when I finally started working hard to figure out how those companies achieved success in content marketing and what lessons we can apply to our own situation. And that’s when we started this blog, which has now become our biggest driver of growth by a wide margin.

No, the World Isn’t Equal

There are a lot of inequalities in every society, and we have a long, long way to go — and a lot of work to do — to solve that problem. It kills me to see it, and frankly, I don’t know the answer for how to fix it.

This is a post about what David Schwartz calls excusitis: making up reasons why you can’t achieve your goal.

Do you or I have the same opportunities as the founder of a big, successful company?

They’ve spent years working hard to grow their business and create those opportunities. They’ve broken through the barriers that lay in front of you now.

But instead of comparing ourselves to them and thinking about why we can’t, let’s study them and figure out how we will.

It’s a mindset shift that I’ve had to work hard to make, because like many people, jealousy and excusitis come pretty naturally to me.

But when you turn those excuses into challenges that you’re motivated to overcome, you change the way you approach your business and your life.