The one thing that will set you apart from the rest.

A startup CEO wears a lot of hats.

There are a number of key roles you must assume in order to give your business any chance at all of escaping the failure that overcomes the overwhelming majority of new businesses.

But over time, I’ve come to realize something.

Every single one of those roles⁠—from recruiting to coaching to planning to managing⁠—has one key required skill in common.

Being able to sell your vision.

If you can’t do this, you die.

And if you can? Anything becomes possible.

When I started Groove, I envisioned a future where we made managing customer service easy for teams.

Easier than I ever found it to be before, when I struggled with Zendesk and other legacy tools.

But that was more than six years ago.

When I started building the business, I needed to find a partner to help me bring it to life.

I needed to find investors to help me support the initial efforts.

And I needed to find our early core team that would turn a product into a business.

When I convinced all of those people to come on board, I didn’t have a product. All I had were some rough mockups, notes from conversations with potential customers, and a vision for what I thought would be possible.

That final piece was the only thing that allowed me to get Groove off the ground.

Today, I want to talk about why I think learning to sell your vision is so important, and how to get better at it.

4 Reasons Learning to Sell Your Vision Is Insanely Important

One of my favorite stories is the one David Hauser shared in his interview with us about the early days of Grasshopper.

When David and his co-founder, Siamak, were getting started, they needed servers. A lot of them. In fact, given their plans and early growth, the data center they needed to build should have cost them around a million dollars.

Instead, by selling their vision to early partners, they were able to get what they needed for around $150,000; 85% cheaper than they were initially quoted.

We learned to sell our story, and that helped us get crazy terms with our suppliers, many of whom essentially loaned us money in the form of equipment or whatever else we needed.

Nearly every startup success story has an anecdote like this from its early days.

When you have nothing but a vision, selling it is the only thing you can do to get others to help you turn it into a reality.

How do you turn a group of smart, talented people into a team that’s truly great?

There’s only so far that compensation, benefits and such can take you. 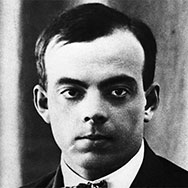 If you want to build a ship, don’t drum up people to collect wood and don’t assign them tasks and work, but rather teach them to long for the endless immensity of the sea.

Selling your vision to your employees, and making them believe it as strongly as you do, gives them purpose in their work.

It creates leaders who, excited about the possibilities you’re pursuing, work tirelessly to elevate themselves and the people around them, because they know what’s at stake.

It creates a culture where everyone believes in what they’re doing, bringing your team closer together in this battle you’re fighting together.

It creates a workplace where employees are aligned on a singular goal (making that vision come true), leading to better collaboration, smarter decisions, and more productive conflict.

When there’s zero confusion about what your North Star is, you can all work together to get there; without that alignment, you’ll never have the focus to become truly great.

Some of our earliest customers paid good money for a buggy, sub-optimal app.

If I’m being honest, it sucked.

It boggles my mind, and fills me with unbelievable gratitude, that they took that chance on us and allowed us to become great with their support. And that they continue to do so.

But the only reason they did was because I was able to sell them on our vision. On what we would become, and how they could play a big part in making that vision a reality.

I had to do a lot of this in our early days.

And it paid off.

These customers weren’t excited about the product we had.

Rightly so, as it wasn’t a good one.

But they were excited about where we were going, and being a part of it. And that gave us the traction we needed to keep going.

4) Selling the Vision Makes the Other Important Stuff Easier

There are a few key things that every CEO needs to do well (or delegate).

They’re all made easier if you’re good at selling the vision.

It will always be hard, but the best startup people are nearly always motivated more by an exciting vision than by factors like money (which is important, but much less so when you can sell your vision well).

If you can get your vendors excited to be doing business with you because they’re getting to be a part of something amazing, then you have a lot more leverage to negotiate favorable terms and better manage your cash flow.

How to Get Better at Selling Your Vision

Like any other skill, selling your vision can be learned and improved.

I’ve known founders who weren’t great at it, who deliberately worked on the skill, got much better, and in turn became immeasurably stronger as leaders.

While I wish I had a clever hack here for getting better, there are really only two things to do that I can virtually guarantee will move the needle for you:

First, know exactly what your vision is.

If you can’t clearly define your vision, then you have no hope of being able to sell it.

My vision for Groove was never clearer than when our business coach made me sit down and fill out a questionnaire to lay out our company’s “Vivid Vision.”

Vivid Vision is a concept coined by Cameron Herold, author of Double Double.

I highly recommend Cameron’s book, but if you’re interested in being walked through defining your own Vivid Vision, you can check out chapter one, which he generously offers for free on his site.

If you’ve never done this exercise, stop reading right here, click on that link, read chapter one (again, it’s free) and answer the questions Cameron poses. If you’re anything like me, you’ll come out of this exercise with clarity like you’ve never experienced before.

Second, if you want to get better at selling your vision, then you need to sell your vision.

I know it sounds obvious, but the only way to improve this skill is to practice it.

Once you have your vision, sell it.

Sell it to your employees.

Sell it to your prospects.

Sell it to your significant other.

Sell it to the barista at your local coffeeshop.

Sell it to anyone who will listen⁠—or even those who won’t⁠—because every single time will make you better.

Ask for feedback, incorporate the things that sound wise to you, and keep going. Forever.

There are so many things that a CEO needs to do.

But getting really good at selling my vision has made me more successful at almost all of them.

I hope that this post has inspired you to work on your own vision, and on selling it to others.

Because when you get good at it, it may just be the most valuable skill you possess.