Letting someone go is hard to do, but the costs of not doing it could crush your business. Here’s how I handle firing…

I’ve heard it said that firing someone is like ripping off a band-aid.

That is, it’s best done — and hurts less — when done quickly.

“Just get it over with.”

But I think that the band-aid analogy doesn’t come close to capturing the reality of firing. And it’s an unfairly one-sided view of the situation.

When you delay tearing off a band-aid, you’re only hurting yourself.

When you pull it off slowly, only you feel the pain of every hair coming out of your skin. It’s a solo problem.

Cutting ties with an employee doesn’t just impact you. It’s hugely impactful on the other person, too. And on a small team like ours, it has a massive effect on everyone involved.

It’s a painful, delicate process that touches many people, and it’s something I’ve always had trouble with, to the detriment of myself, my team and my business.

A lot of people have asked me how I handle letting employees go. It’s admittedly something I still struggle with, but I’ve learned a lot through the mistakes I’ve made through the growth of Groove.

We’ve been lucky at Groove.

And I’ve been lucky.

In our three years, we’ve only let a handful of employees ago.

But still, on a small team, a few employees is a lot. We’ve turned over nearly 40% of the team we launched with. And I’ve screwed up plenty of times along the way.

And even though I think I’ve hired well, it took me a long time to figure out how to fire well. In the meantime, my own hesitance to spot poor fits and wait too long has resulted in:

The good thing is, we’ve never had a better team than we do right now. And I’ve learned a lot along the way…

It’s Not Really About Skill

At least it hasn’t been for us.

I can confidently say that every single person I’ve hired at Groove has been more than qualified to do the job they were hired for.

We’ve had — and still have — incredibly talented people work here. And there isn’t a single employee who’s no longer with us that I wouldn’t recommend for a role on another team.

As long as your hiring process is strong and you’re attracting top talent, you probably (hopefully) won’t run into skill deficits either.

But there’s a downside to that: if a person is talented enough to do the job, then making the decision to let them go becomes even harder. And I’ve always felt like the fact that they didn’t work out because of a cultural fit, versus a skill one, is even more my fault; that I should’ve been better at spotting the poor fit before I hired them.

But a team needs to compliment each other. The easiest analogy is a sports one: how many teams full of all-stars have been defeated by less star-studded teams with better chemistry and coaching?

We’ve made no secret that we don’t hire anyone to a permanent full-time contract right off the bat.

We always — at every level — start with a 2-4 week paid trial run where the prospective employee joins the team on a temporary (and sometimes part-time, depending on their current work situation) basis.

This might lock us out of some very talented people who might be excellent fits for Groove. But it’s a non-negotiable for us, something we’ve learned over three years of learning from our experiences to be essential. We’re very upfront about this with every new employee, and make it clear that a trial is not a guaranteed job, but a paid consulting gig to see if there’s interest from both of us in moving forward.

Beyond that, there are four things that I’ve come to see as the best and most dependable indicators of cultural fit, and I’ve made these an important part of our hiring process today:

1) Know Upfront What the Person’s Goals Are.

Nobody’s ultimate goal is to simply work in the job that they’re applying for.

Every person will have their own bigger goals, whether they want to start a business of their own, become an executive in your company, have work/life balance so that they can focus their life on raising their family, work for a “dream” company someday, become an expert in a certain skill that they’ll be improving in their role, etc…

All of these goals are valid, and none are better or worse than the others. They’re simply different, and I’ve hired people who fit under each of them.

But it’s important to know what that goal is, because if you can’t help them achieve their goal, they’re going to ultimately be unhappy and ineffective in their position.

So during a trial period, I not only evaluate whether they’re a good fit for their role and the team, but whether I think their role at Groove can help them achieve their ultimate goals.

It becomes pretty clear after a couple of weeks whether someone will be able to lead a team well, or be productive enough to clock out at 5PM every day to go back to their family, or get the chance to work on the specific projects they’ll want to work on at Groove.

2) Give Direct Feedback Often, and Keep Notes for Yourself. 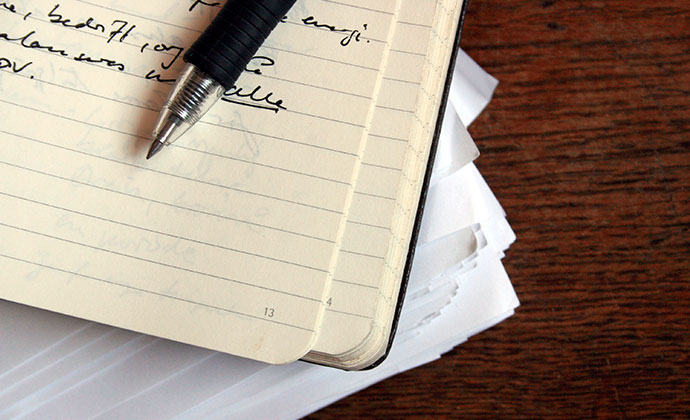 Early on, I used to wait until the trial period was over to give feedback.

I’ve learned that giving direct and honest feedback often, even as often as daily during the trial period, can help you and the employee feel out how you work together and how the employee reacts to your notes.

Another thing that helps here is recording the feedback for your own benefit. After two weeks, you won’t remember every small thing you said to someone. But if you took notes, you’ll be able to easily spot the trends in your feedback, and separate the true strengths and weaknesses from the anomalies.

3) Get Feedback From the Team.

While we’re a small team and communicate with each other on Slack all day, I still don’t work closely every hour with every employee. It wouldn’t make sense to; me working side-by-side all day with a developer would only slow them down.

But everyone works closely with someone on the team, and I rely on our existing team members for input on how trial employees are doing.

Again, I’m not just interested in how good the person is at their job; I’m interested in how it impacts the people around them. There’s always some level of productivity loss while someone ramps up — both for them and the employees helping them get underway — but that’s when the rest of the team gets a sense for what the person will be like to work with.

I trust my team’s (who works much more closely with the new employee) judgment even more than my own.

4) Get Feedback From the Employee.

While the ultimate responsibility for deciding who stays and who goes must fall on the owner of the business, that doesn’t mean that you can’t ask the employee what they think the right way forward is.

While some people are surprised and disappointed to learn that things aren’t working out, I’ve had several people, when I asked them how they felt about their trial, tell me that they didn’t think they were as productive at Groove as they could be elsewhere, or that they simply didn’t think there was a fit.

Not only was that a relief for me to hear, but it makes cutting ties a collaborative process, rather than a one-sided decision. We part on better terms.

It’s also incredibly valuable to get feedback from new employees for the health of the business; it’s rare to get an “outsider’s” perspective into your business, and we’ve often seen gains in productivity and processes from suggestions that employees have made while still new.

“The conversation” doesn’t get any easier.

Not the third time, the fifth time or the tenth time.

But I’ve learned that it’s so, SO important, if things aren’t going to work out, to fire quickly.

That’s why we do the trial period: the end of the trial — where we have to either sign a permanent contract or part ways — acts as a forcing function that makes the difficult conversation inescapable.

I’ve come to look at firing someone as fulfilling a responsibility to myself, our business and to the person I’m letting go, too.

Nobody likes to get fired. But if a talented developer or designer can do better or be better elsewhere, then it’s in nobody’s best interest to keep them here.

I’ve heard this feedback later on from employees I’ve let go; quitting is hard and uncomfortable. Getting fired forces you out the door and on to your next chapter. It really can be a good thing in disguise.

Whether I’m saying this because I’m out to help people find new opportunities or because I need to justify something that takes a huge emotional toll on me, I’m not sure.

But either way, I believe in it deeply.

Letting people go is a necessary part of building a business.

Do it too slowly or not enough, and you risk curbing your growth and not achieving your potential.

That’s an easy risk for any of us to see, but that doesn’t change the fact that we’re human, and firing someone is and unbelievably difficult thing to do.

There’s no way around it. It sucks.

But I hope that the lessons I’ve learned over the years can help you make better decisions about the future of your team and your business.