We’ve learned a lot from entrepreneurs at the top of their game. Here are five of the biggest takeaways.

A couple of years ago, we launched a new series on this blog.

We set out to interview successful entrepreneurs⁠—businesspeople at the very top of their game⁠—about how they took their businesses to $100K in monthly revenue… and beyond.

I expected it to be successful.

After all, it was exactly the sort of thing I wanted: the most valuable lessons from the entire careers of people much more successful than me, condensed into an easily readable format.

But I didn’t expect it to have such an impact on our own business. The truth is, we’ve taken key insights from the monthly interviews, and applied at least one from each entrepreneur to Groove… and the results have been incredible.

Today, I’m sharing five of the top takeaways for us (yours might be different, which is why I encourage reading all of the interviews in their entirety) from the five interviews we did last year.

I hope they’re as valuable for you as they’ve been for us.

Lesson 1: Start Small On The Side

From Our Interview With Ryan Hoover, Founder of Product Hunt 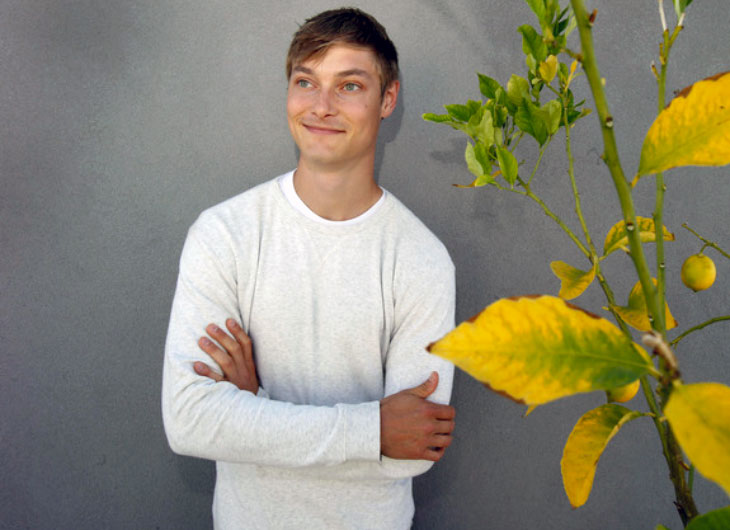 If you have a business idea that you’re convinced will work, it can be tempting—albeit terrifying—to quit your job and go all in.

But that doesn’t mean that you should.

Many great businesses start as small side projects, an approach which can help you validate your business with zero risk.

That’s how Product Hunt, which recently got acquired by AngelList, started… as Ryan’s side project.

It started as just a simple email list in November 2013.

I thought, “how can me and my friends find cool products and share them with each other? Why not have a place for us to do that?”

And so the idea was pretty simple, and the easiest way to build something like that was an email list rather than a site. I wasn’t an engineer, so I wasn’t going to invest the time or money in building an entire site from the start, but I could build an email list really easily.o I started one and invited a few dozen investors, founders, and other friends of mine who I thought might like this, and who had an inside track of what kind of tech products were cool.

The way it worked was they could submit new things they found to this email list, which would then get distributed to anyone that subscribed to the list. It would go out each day automatically using a service called LinkyDink.

Once it was up, I shared it on Twitter and Quibb, which is this network of entrepreneurs and startup people sharing and discussing articles.

From those efforts, I got a few hundred subscribers on the email list pretty quickly, which wasn’t mind-blowing but it was enough to say “ok people are going to read this, that’s cool.”

In the next two weeks or so I just kept working, people kept submitting stuff and it started to get some traction.

More and more people were subscribing, and then a few different people emailed me, or I’d see some people in person and they’d tell me, “hey that product hunt email is cool, I look forward to it every day.”

That’s when the spark hit me.

I thought, “hey, I like this thing too, it’s a lot of fun and useful. Maybe it could turn it into something even more meaningful.”

Since it was just an email list, it lacked a lot of functionality.

I had some time since I was only working part-time while looking for other opportunities, and I reached out to a few people.

One of them was my friend Nathan Bashaw, and I told him that my idea was to take this email list and turn it into a community where people could submit on the website and then comment on it, sort of like reddit or Hacker News.

It wasn’t anything new per se, people understood the model, I just wanted to apply it to this new type of community.

I planned on learning to build it myself, so I asked Nathan how he would recommend I go about doing that. And he offered to help, excited to work on it while visiting his parents over Thanksgiving break.

So over a five day period, he and I collaborated over the phone and online, and when we were done we had this really basic version of Product Hunt.

Lesson 2: Prepare Yourself For Anything

From Our Interview With Brian Wong, Founder of Kiip 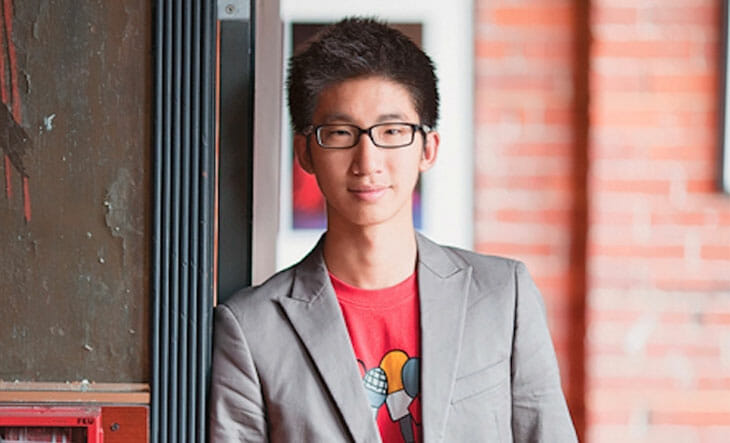 Growing a business is a long, grueling haul.

It’s almost always filled with disappointment after disappointment, which if you’re lucky and work hard enough, can be capped with immensely gratifying wins in between.

But those disappointments don’t have to get you down, and they don’t even have to be surprises.

By deliberately thinking about every possible outcome—especially the bad ones—and considering what you’ll do in each scenario, you’ll be prepared for anything and everything.

You can never expect to do anything right the first time. Be willing to fail, and know what all of the possible outcomes are.

This is so important as a founder: whenever you do anything important, lay all the possible scenarios out in front of you, from best to worst, so that you don’t get surprised when something happens.

The number one key to ensuring that you don’t react irrationally is to not let yourself be surprised.

Lesson 3: Be Patient, And Don’t Change For The Sake Of Change

From Our Interview With Kyle Racki, Co-Founder of Proposify 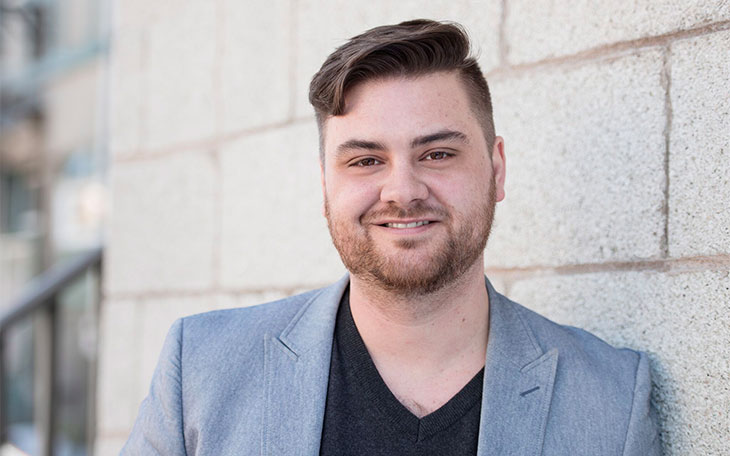 Most business blogs will have you believe that you should be trying new tactics and strategies every single day.

And that makes sense for them to tell you, since it gets them plenty of clicks by offering up easy solutions to your current condition.

But just because you *can *do something new, doesn’t mean that you should.

In fact, often it’s the perseverance and patience of sticking *to a single smart path until you come out on the other side *that separates the companies that win from the ones that languish.

It was a very tempting thing to change the direction of the product, or change markets or do what others told us to do, which was to hire a sales team.

Sometimes I think startup founders want to change things too quickly when things aren’t working. But change for the sake of change isn’t progress.

I think that’s one of the things we did right, because if you look at that big flat graph for 18 months, I think that the only reason that we survived and are now thriving is just because we just wouldn’t stop working on making the product better during that time.

Lesson 4: Surround Yourself With People Two Steps Ahead Of You

From Our Interview With Andy Drish, Co-Founder of The Foundation 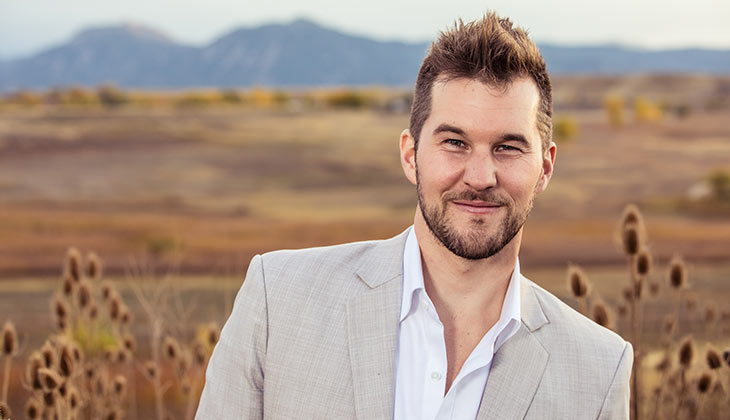 We all know that surrounding ourselves with more successful people can motivate us to work harder.

But just how successful they are matters, too.

According to Andy Drish, the key is to surround yourself with people just a couple steps ahead of you.

If they’re ten steps ahead, it’ll be hard to relate to them.

If they’re two steps ahead of you, it’ll inspire you and show you a whole new realm of realistic possibility.

At SXSW I was surrounded by people my age who were doing exactly what I wanted to do.

They were running six- or seven- figure companies, traveling the world, and when I met them I realized: they’re not that much smarter than me. If they can do it, why can’t I do it?

I realized I needed to make a big change. Immediately.

I walked into my boss’ office Monday morning and said that I want to go part-time and I only want to be working three days a week so that I could start a business on the side.

I couldn’t believe it, but they said yes.

Lesson 5: Get Clarity On What You Want

From Our Interview With Lewis Howes, Author and Founder of The School of Greatness 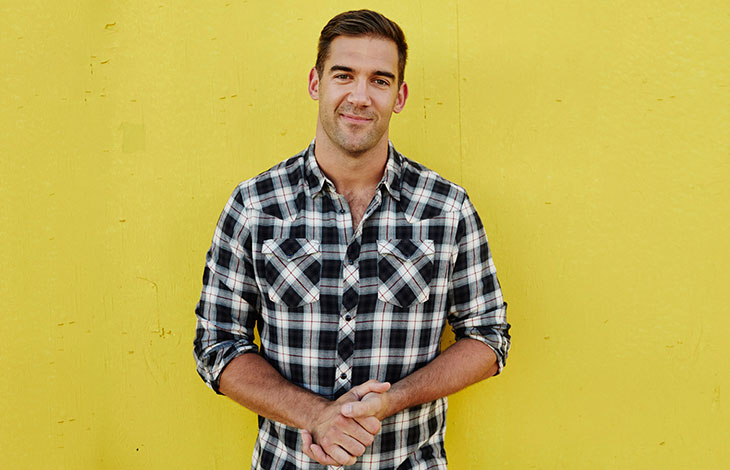 When asked what most entrepreneurs were missing, Lewis Howes didn’t hesitate.

Clarity is the difference between making progress each and every day, and moving in a hundred directions at once (something I suspect we’ve all been guilty of doing).

A lot of entrepreneurs don’t have the focus they need because they’re so scatterbrained and thinking about so many things.

So we figure out what they really want.

A lot of people want to make a lot of money, but they don’t put a number down. They don’t say “here’s the goal I’m going to hit,” and more importantly, “why I want to hit it.”

Success isn’t just about making money, but something deeper and more meaningful that’s going to leave you fulfilled, rather than unfulfilled, when you hit that number.

If you’re just chasing money for money’s sake, you’re never going to feel happy about it at the end of the day.

So get clarity on a specific number that you want to make in the next 3, 6 and 12 months, and why that number is important, and then set a clear path to make that happen.

The clear path is the easiest part.

Look at where you currently are with your offers, products and services, and look at the numbers.

Then you just have to think, “ok, if you make X right now, then how many clients do you need to hit that number that you want?”

It’s very clear and simple once you lay it out that way.

If you sell software, how many customers do you need at $50 a month, versus at $200 a month, to get to a half a million a month?

That’s all most people need.

While these are five of the most valuable lessons to us, there are literally hundreds more that we’ve gleaned from these interviews, which you can find here.

We’ve gotten great feedback that the series has been useful to other entrepreneurs, and I’m thrilled about that, but frankly, I find the value that we’ve gotten from these insights has easily delivered a huge return on the investment we’ve made.

If you’ve been following along, I hope you’ve learned a lot, too. And I’m curious: what have your biggest takeaways been?