This week’s improvements include a couple tweaks to the multiple mailbox feature, better attachment control, and inserting comments from customer satisfaction ratings right inside the ticket thread.The past two weeks, our development team has been hard at work developing and testing Groove Trends for its pending release, but we’ve still had time to make some small yet notable enhancements to the Groove UI.

This week’s improvements include a couple tweaks to the multiple mailbox feature, better attachment control, and inserting comments from customer satisfaction ratings right inside the ticket thread.

We’ve made a couple of changes for accounts that have multiple mailboxes filtering into Groove. For one, if a Mailbox has a privacy setting, you’ll see a lock icon next to the Mailbox name to quickly view which Mailboxes are private.

For accounts with multiple mailboxes filtering into a single inbox, we’ve included a built in Mailbox Label so you can tell at a glance which mailbox an email comes from. 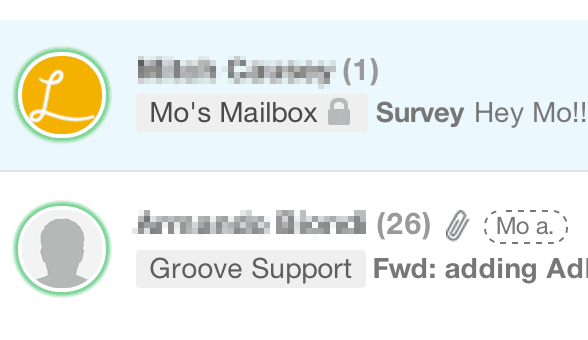 You can now view your customer satisfaction ratings and comments on the ticket that was rated, right at the bottom of the rated ticket response, either for your reference or in case you’d like to reply to their comments. 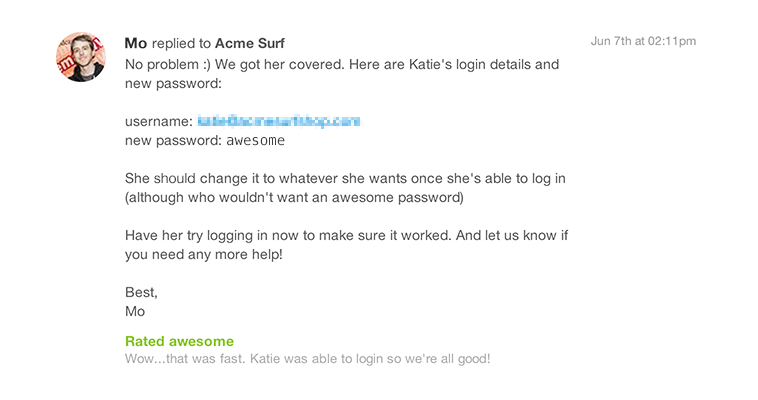 Bug Squashes:Some major bugs met their much anticipated demise this week, including an encoding bug affecting many international accounts. We’ve also increased the speed of our support widget considerably, to alleviate some of the more recent loading issues stemming from widget traffic.