As the new customers rolled in, our promotion was looking to be a home run. Unfortunately, it was costing us dearly.

This is part sixteen in our ongoing series, Journey to $100K a Month. Earlier posts can be found here.

I couldn’t help but grin as I watched the new accounts roll in.

Three in the first five minutes.

Another five in the next ten minutes.

By the time the day was over, we had 46 new trial signups. At the time, it was our biggest day ever. 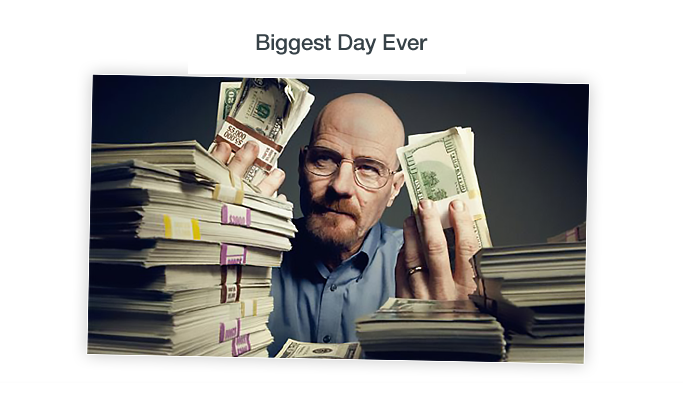 I practically skipped out of the office that night, relieved and excited that Groove had finally figured out how to solve the customer acquisition problem.

It was early March 2013, and that morning we had pulled the lever on a new promotion: 30% off for new accounts, on top of our standard 14-day free trial.

Sure, there’s nothing groundbreaking about a 25% off deal, but it was the first time we had ever tried any sort of discount at all.

There was no stopping us now.

Sixty days later, the promotion was gone. So were most of those early signups.

We were, disappointingly, back where we started.

Why We Ended Our Highest-Converting Promotion Ever

As a founder, nothing makes me happier than the peaks of entrepreneurship. That’s because, especially early on, the journey is mostly through valleys.

So to get such instant gratification — dozens of new customers at a rate we’d never seen before — from a move I thought was highly strategic felt really good.

And that’s why it crushed me to admit, not very long after, that it was a failure.

But digging deeper than the signup numbers, it was shockingly obvious.

We were getting exponentially worse customers.

Even with the discount, users who signed up with the offer were 12 times less likely to sign up for a paid account than our usual free trial users.

And for those few that did, just over 30% of them renewed for a second month. To put that in perspective, that’s less than a third of our normal churn! 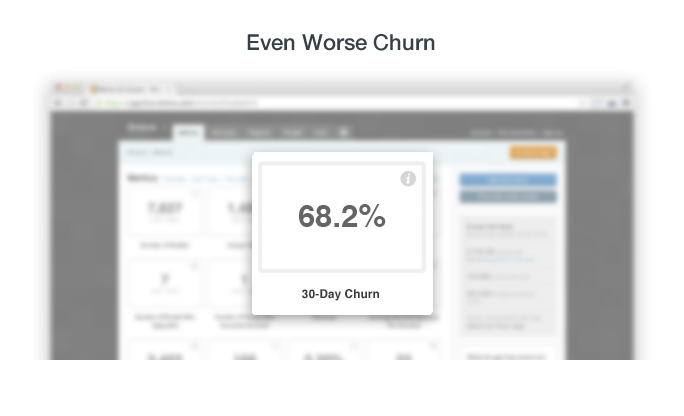 And Groove wasn’t doing these users any favors, either.

Our (regular) average user logs in to Groove just over four times per day.

Users who signed up via the offer logged in, on average, just over once per week.

That’s with our improved onboarding and activation campaigns, which were doing very well with other users.

While I’m positive that the poor usage and terrible conversions are deeply connected, I’m not sure where the causation begins.

Either way, there was no way we could continue the offer. Our cost-per-acquisition was the same (around $60), but the average lifetime value of the offer users, based on how many canceled within the first month, would likely never rise above $30.

With those numbers, we run out of money fast.

All in all, we spent (lost) around $12,000 on this effort, and it’s worth noting that not a single user who signed up via the promotion remains with Groove today.

Please don’t read this post as an indictment of discounts.

For many companies, they work very well.

Instead, read this as a shining example of how what works well for some might be disastrous for others.

And beyond that, read this as an argument to go deeper than what your vanity metrics are telling you, and figure out whether your user acquisition methods are getting you high-quality users that will grow your business over the long term, or pump-and-dump freeloaders coming along for a cheap ride.

With that said, we have found that certain types of offers work much better for us, cost us less money, and get us fantastic users.

By far, the best promotion we’ve since run has been a limited-time extended free trial.

The users have been great, conversions have been high, and we’ve been able to help many of them achieve great things.

Which leads me to…

We don’t write a lot about apps and tools, but we do get a lot of questions about what we use at Groove.

People keep asking us to recommend our favorite apps, and we keep saying that we’ve got something “in the works” for them.

And that’s all we’ve said.

It’s been as frustrating for us to be so tight-lipped about it as it is to hear such a fluffy non-answer to an important question.

But that all changes now. 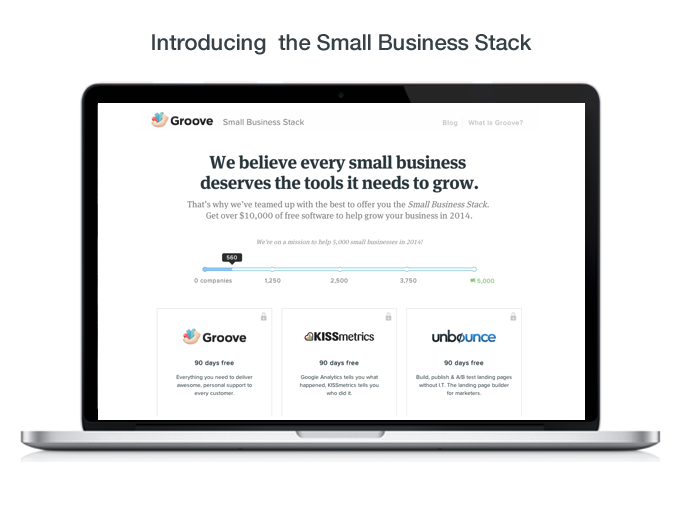 We’ve partnered up with 19 of our favorite saas apps to offer more than $10,000 in free software to startups and small businesses.

Over the past few months, I’ve personally convinced each and every one of these all-star SaaS companies to extend a special offer just for this launch, and the response has been incredible.

We’ve got heavy hitters that you’ve definitely heard of, plus some amazing younger SaaS companies that are already delivering massive value to their users, and that I personally think will be the next wave of must-have apps:

This is a set of offers that you won’t find anywhere else, and it’s 100% free.

If you’ve been following this blog, you’ve seen the difference that the right tools can make in the growth of a startup. By helping us to understand, automate and optimize our business, the apps we use have been a huge catalyst for the revenue progress bar you see below each post.

And while the value has been huge, the apps we use aren’t necessarily cheap.

If you’ve seen what some of these apps cost (some of them are $500 a month and up), then you understand why I’m so excited that we’ve been able to put together these offers for startups and small businesses (like us) that have to make every dollar count.

As I said, access to these offers is totally free.

But there is one small catch.

We can’t do that on our own, and I’d be incredibly grateful for your help.

Once you enter your name and email address here, the form will ask you to share the Small Business Stack via Twitter, Facebook or email. As soon as you do any one of those, you’ll get instant access to all 20 offers.