It wasn’t working, and I was frustrated.

Four years ago, we put hundreds of hours into developing our company’s core values, and they now felt broken.

The things we used to do because they were “scrappy” were beginning to strain our infrastructure.

The things we used to do because they were “fun” led to stagnation in our growth rate.

The things we used to do because they were “useful” led to disproportionate allocation of our resources into projects that didn’t move the business forward.

As a tiny team years ago, these values helped us grow.

But today, at scale, they were causing major headaches for our team and our customers.

I knew we had to do something different.

But rather than use the same process we used before, I wanted to do something that reflected our current position and challenges.

And so I asked Elizabeth O’Neill, our People & Culture coach, to run a new process for our team, tearing down our old core values and rebuilding new ones from the ground up.

This post will cover why I believe core values matter in the first place, the process we used to develop our new values, and tools that you can use to develop your own.

Why core values are worth your time

As we grow, there are literally hundreds of worthwhile things we could spend our time on…so why this?

Why invest hundreds of team hours into a project that we can’t attribute a single dollar of revenue to?

It’s a fair question, and in full transparency, I was resistant to the idea myself.

But after many conversations with the team, with Elizabeth, and with other CEOs, I realized that there was, perhaps, nothing on the planet that would be a better investment of our valuable time.

When a team is tiny, it’s easy enough for all of the important decisions to come from one person.

And as a tiny team becomes a small team, it’s still relatively easy for the CEO and a handful of veteran leaders—who had worked side by side with the CEO from day one—to act and make decisions in a consistent, aligned way.

But as soon as you begin to outgrow your first handful of employees, running decisions through a few people at the top begins to slow down the team.

This is where many companies decentralize their decision-making and give autonomy to more and more individual contributors to make decisions about how their projects should be run.

This is also where things break.

When 18 people have very different ideas about how decisions should be made—and each one acts on their individual values—it becomes impossible to build a cohesive, well-run organization, let alone ship anything.

But with a framework for how to behave and make decisions, those 18 people can be aligned. The “right” decisions for every situation become much more clear when viewed through the same framework, and the toughest obstacles become challenges to work through, rather than sources of ongoing friction and debate.

That’s what core values are for: to take what makes you truly great, codify it into a decision-making framework, and empower everyone in the entire organization to push the company forward toward its mission with every decision that they make.

It’s an investment that pays off every single time somebody in the company makes an important decision.

Takeaway: While core values can’t be tracked in your metrics, they’re the grease that will make your entire machine run smoother and more efficiently. It’s worth the time it takes to get them right.

Why we abandoned our old core values

This isn’t the first time we’ve done a project like this.

We went through the development of our initial set of core values four years ago.

But simply put, we outgrew them.

Values like “scrappy” were indispensable in getting us from zero to where we are today.

But just as Facebook has had to change their motto from “Move Fast and Break Things” to “Move Fast With Stable Infrastructure,” we needed core values that reflected our current position and where we want to go from here.

Takeaway: Just like every other tool you use, you may outgrow your core values as your business expands.

How we developed our new core values

Elizabeth came to us with a lot of experience running this process, so we let her drive things.

It took us six weeks to develop our new core values.

It all started with some helpful reading and getting aligned around what core values actually are, as this was the first time several of the team members were going through this process.

Importantly, the key idea that we aligned on—and revisited a lot throughout the process—was that core values reflect what is, not what we wish it to be. We often debated whether a proposed core value was truly the way Groove operates, or an aspiration.

Armed with that understanding, we were assigned some homework, as Elizabeth asked the four members of our leadership team to spend some time answering a few key questions:

Afterward, we ran three two-hour workshops involving the four of us from leadership, plus Elizabeth.

As a remote company, we ran these meetings on Zoom.

We knew at the outset that this process would take a great deal of time and energy, and we committed to giving it the attention that it deserved. All in, our leadership team spent more than six hours on this stage of the process.

In our first session, we spent two hours working through each of the above questions.

Afterward, Elizabeth pulled together all of the ideas from that session into “themes”.

Prior to session two, everyone was asked to vote for their top five values from the list. The team then spent two hours thoughtfully and deeply questioning, challenging, agreeing and disagreeing.

The meetings got pretty intense at times, and that’s when we made the biggest breakthroughs.

We wrestled with big questions like “Would these still be core values even if they became a competitive disadvantage?”

Although we initially had two workshops scheduled, we added a third because we needed more time to hash things out.

The team quickly agreed on certain values, but others were hotly debated.

For example, there was immediate and complete agreement on the themes of keeping things simple and grit, but the question of “authenticity” led to a great discussion around how this actually plays out in the company. We questioned what a theme like “no waste” even meant, and whether it was aspirational or truly a core value. Would “own your shit” sound too harsh and off-putting?

In the third session, we came to an agreement and clarity on our “final” draft of core values. We talked about what it looked like when someone was demonstrating each of them, and what the consequences (both intended and unintended) of having those values might be. We also discussed how we would recognize people for demonstrating each value.

Here’s what we came up with:

Finally, we were ready to communicate our new core values to the team.

Takeaway: The process of developing core values can be long, challenging and full of (healthy) conflict. If you’re going to do it, commit to putting in the time to do it right.

How we implemented our new core values

We knew that getting the rollout right would mean the difference between people either dismissing these new values, or embracing them.

To share them with the team, we scheduled an all-hands call. During the call, each leader presented one of the new values, discussed what it meant to them personally, and shared an example of someone on the team who reflects it.

This approach, suggested by Elizabeth, immediately made the team feel ownership of the new core values…after all, they were the ones who already exhibited them!

It was a powerful way to demonstrate the leadership team’s collective commitment to the values, as well as an opportunity to recognize people on the team for how they demonstrate those values.

We asked for feedback on the call, and followed up with a survey to ensure that everyone had the opportunity to voice their opinion about whether the values resonated, along with any concerns or questions they might have.

And while the “rollout” is complete, our work was just getting started.

The entire process would be meaningless if we didn’t reinforce and recognize these values in an authentic way moving forward.

We’ll do shout-outs to team members when we see core values being demonstrated, weave our values into our quarterly all-hands meetings, and plan to check in and discuss them at our upcoming retreat in March.

Takeaway: Your hard work will mean little if your team rejects your core values. Getting the implementation right is key.

Developing your own core values

While having Elizabeth walk us through the process was tremendously valuable, I recognize that not everyone is at the stage yet where they can afford a coach.

I asked if she’d be willing to make some of the materials available for us to share publicly. Surprisingly, she agreed. 🙂

Elizabeth has put together a packet to help you and your team run a process just like we did, including:

The DIY packet is totally free, and you can grab it right here.

This isn’t the first time we’ve defined our core values, and it might not be our last.

But we knew that we needed something to better fit the stage our company is in today, and our team is thrilled with what we have now.

Just like every tool we use to run our company, I’m looking forward to continuing to reinforce and refine our core values as we grow.

I hope this post has inspired you to develop—or revisit—your own core values. You’ll be glad you did.

Vacations Are Important, but Most Founders Do Them Wrong

Use the same core values process we used here at Groove 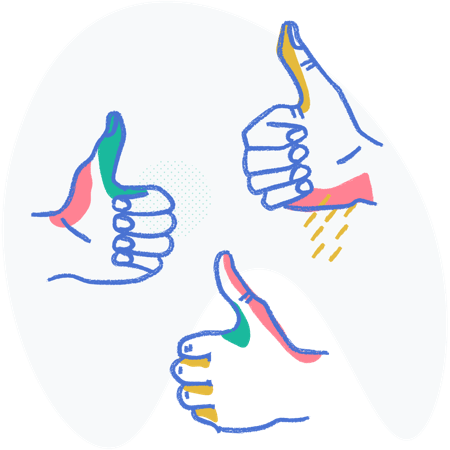 Your copy of Core Values Package should automatically download.

If it doesn’t, you can download it now by clicking the button below.